Roads to the Great War  published a thorough account of the North Sea Mine Barrage HERE on 30 Sept. 2018. I have come across the document below tucked in to the original 1919 monograph that became the book The Yankee Mining Squadron (1920), a resource for that post. This monograph and the document belonged to Commander Lucian Frank Kimball, an executive officer on board USS San Francisco, the flagship of the squadron. His status on the San Francisco was "squadron construction and mining officer."


This bowl, commemorating the service of the mining squadron, belongs to his granddaughter, who has graciously permitted its publication. 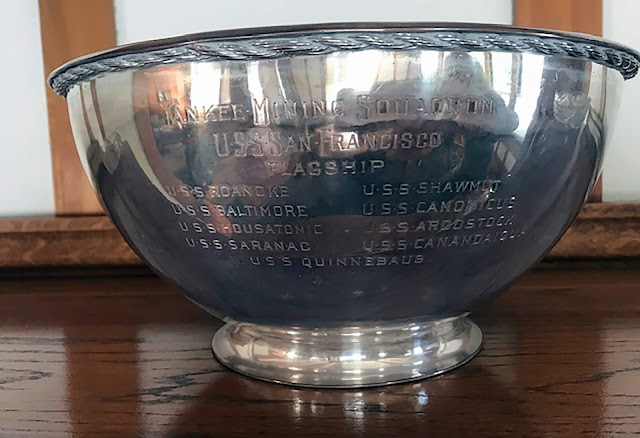 Lucian Frank Kimball was born in 1885 in Chelsea, MA, and graduated from Annapolis in 1907. During the Second World War he was in command of the Bremerton Naval Shipyard. He died in 1950 and is buried in Golden Gate National Cemetery, San Bruno, CA. Below is a U.S. Navy document describing the service of the mining squadron that includes a recommendation for the award of the Distinguished Service Medal to (then) Commander Kimball.  At some future time, the award was upgraded to the Navy Cross. 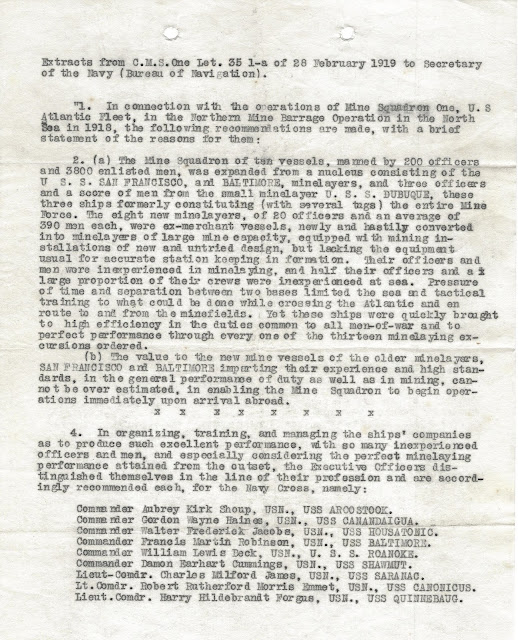 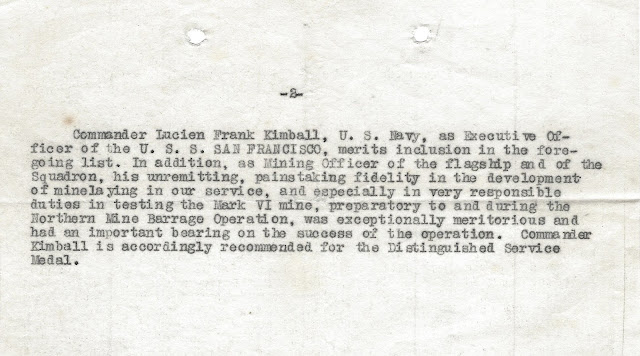 Aboard the USS San Francisco: