How Did Your Community Deal with the Great War

A lot of work was done about the American homefront leading up to and during the recent Centennial commemoration. Some publishers turned out WWI titles focusing on states, regions, towns, and military installations. Here I'd like to single out just one publishing collaboration: Arcadia Publishing and The History Press headquartered in Charleston, South Carolina. Together they are the largest and most comprehensive publishers of local and regional books in the United States with a library of more than 12,000 titles. The two imprints publish a combined 900 books each year. Their full collection can be searched at:
https://www.arcadiapublishing.com/ 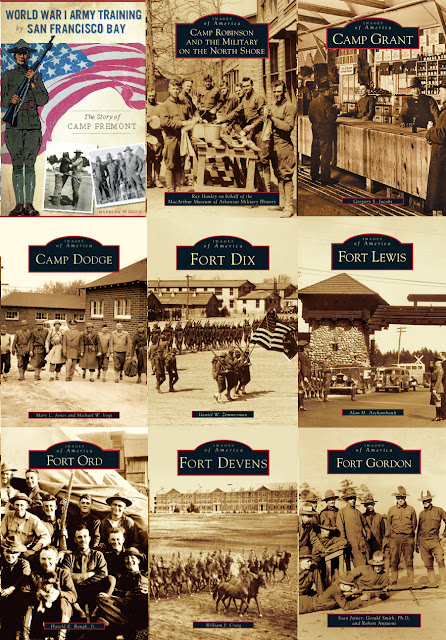 Here are examples of two categories of their superbly illustrated World War I monographs. The first image above shows their great selection on the training camps built for the Doughboys and were later used for WWII's GIs. While the authors take different approaches, they all cover the building of the camps, the sudden impact of tens of thousands of young men arriving in the area, and details about the particular units that trained on the bases.

This second set below shows some of their volumes on how states, sections, and towns experienced the war. You own local library or historical society may already have published similar works on your area. 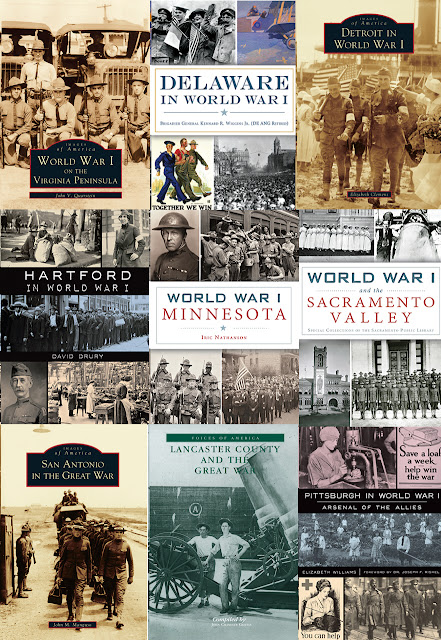