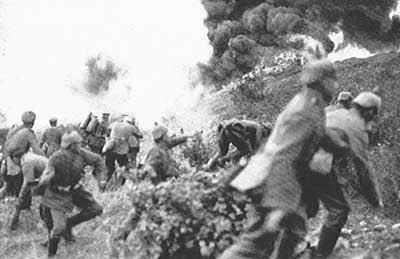 Today is the 97th anniversary of the conclusion one of the signature battles of the Great War, the 1916 struggle for Verdun. We have covered this famous battle – the war's longest – in earlier entries on Roads and will do so in the future, but to commemorate this anniversary I thought some information  on its heritage,  the casualties, and some images of the combatants might be in order.

The battle of Verdun is the battle of France.  It's a place of the identity of France, of France-ness, I would say. There was no battle before, and no battle after, which was so important in the French memory. So, you can't understand France without understanding Verdun.

It's good to recall, as one commentator put it, Verdun was conceived as a battle of attrition, and it is history's most memorable monument to the pointlessness of that strategy. 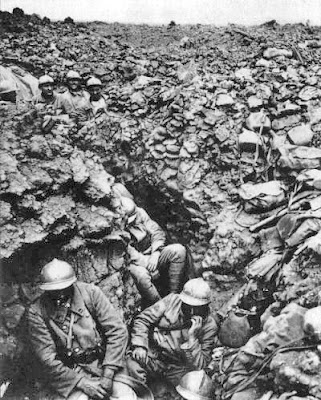 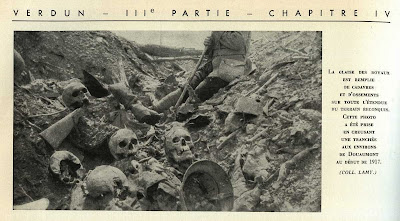 The Battlefield in the Following Year


A Few Details About Verdun:

2.  By one estimate 40 million artillery shells were fired in this area over about 300 days.

3.  Pétain's policy was to rotate in troops, so about two-thirds of all French divisions served at Verdun. The German Fifth Army facing them, however, left units in place; consequently, a smaller percentage of German soldiers shared the "Verdun Experience" than did France's soldiery.

4.  This intense "Verdun Experience" for France led to the ascendancy of General Pétain (long term and ultimately catastrophic) and General Nivelle (short term and soon disastrous); the ill discipline of 1917 after the April offensive along the Aisne; and the Maginot Line strategy that would result in the 1940 defeat. 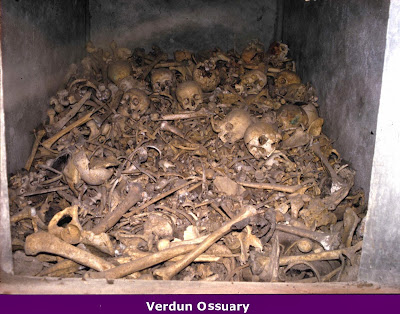 The Victims of the Battle Can Be Viewed Today at the Ossuary, Which Contains the Unidentified Remains of Over 130,000 Who Fell at Verdun