The Last of the Doughboys: The Forgotten Generation and Their Forgotten World War
Reviewed by Dennis Linton


The Last of the Doughboys: The Forgotten Generation and Their Forgotten World War


The centenary of World War I is on the horizon in 2014 and an abundance of new books arrives in bookstores with regularity. Some of these are rehashed classics or revised general histories full of glossy pictures and maps. Many of the recently published works like Sleepwalkers by Christopher Clark, or Dance of the Furies by Michael Neiberg, revisit the causes and events leading to the tragedy of the war. The Last of the Doughboys is neither glossy nor attempts to address the causes of the war. Rather, it is a blending of the lives of the last American veterans with effective narration of the events in Europe and at home as the war unfolded. This combination makes a captivating read, as you can hear the words of veterans over 100 years old who led ordinary lives over an extraordinary time.

Each veteran is remarkable in their own right, ranging between the ages of 103 and 113 years old. Many of the stories are disconnected or are incomplete, as can be expected of 85-year-old memories. However, others are as vivid as if the events unfolded recently. Consistent throughout the book is Richard Rubin's patient questioning as they provide their recollection, and as he fills in the narrative with the events and culture of a forgotten generation — the Lost Generation. 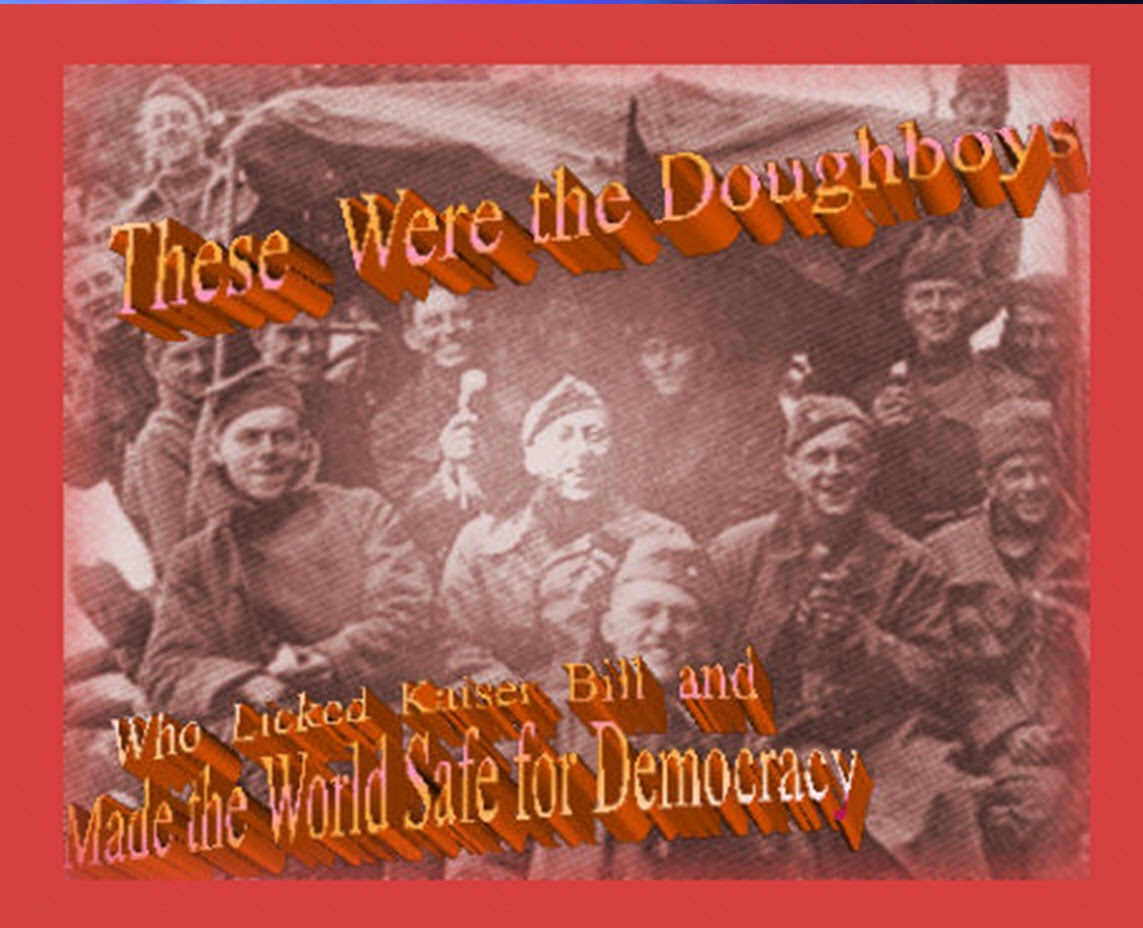 The oral histories of the WWI veterans are plentiful in Europe because of the tremendous human costs and the ground that still bears the scars of battle. Rubin's Last of the Doughboys follows recent British books in publishing the last of the oral histories of a generation. The previous books, however, had the advantages of thousands of hours of oral interviews as a starting point from the Imperial War Museum in London. Max Arthur even interviews many of the last surviving British veterans in his Last Post.

However, to Americans, The Last of the Doughboys should hold special meaning and interest in its own right. America had forgotten this generation of soldiers following World War I, and in fact, Richard Rubin's starting point was not American at all. In 1998 the French Government went to great lengths to award the Legion d 'Honneur to living Americans who had fought on French soil. It is from this French list that the author was able to find the majority of the last of a generation of Americans from our own country's forgotten war.

The author has varied success with some of the interviews and at times weaves in more historical context than veterans' personal experiences. All chapters have special meaning, but the most engrossing chapter contains the concluding interview. While most of the stories are snapshots of the veterans' war years, the last chapter illuminates the extraordinary life of the last Doughboy, Mr. Frank Buckles. Frank Buckles lived to 110 years old and was vibrant every day until his passing in 2011. The many interviews by the author covered not only Buckles's war service, but also his life from birth until the end, highlighting the amount of change and events Mr. Buckles experienced over the 20th century. For example, while traveling the globe in the interwar years in a life of adventure, Mr. Buckles was in the Philippines when the Japanese invaded in World War II. The story of his three-year imprisonment at Los Banos and eventual rescue by American paratroopers at the end of the war is gut wrenching and a testament to a true survivor.


Lastly, Richard Rubin provides a fascinating addition to The Last of the Doughboys. Each of the interviews are taped and many available online at www.richardrubinonline.com. The combination of the book with the companion interviews online entices a casual reader to continue to explore the Great War and remember the last American Doughboys' contribution to this nation's defense.