Tirpitz and the Imperial German Navy
Reviewed by Ron Drees

Tirpitz and the Imperial German Navy


Tirpitz and the Imperial German Navy is another book to read to understand factors contributing to the ignition of WWI. The author, Patrick Kelly, has researched this book with impressive detail and written it with piercing analysis. The book has four major sections: the youth and maturing of Alfred Tirpitz (1849-1930) as a naval officer, including an undistinguished performance in Asia; his service as state secretary of the Imperial Navy Office; WWI with its frustrations and his declining influence; and a post-war political career. Basically, Tirpitz was a mediocre commander who sought power and jealously protected it while deprecating new ideas and promoting his own. 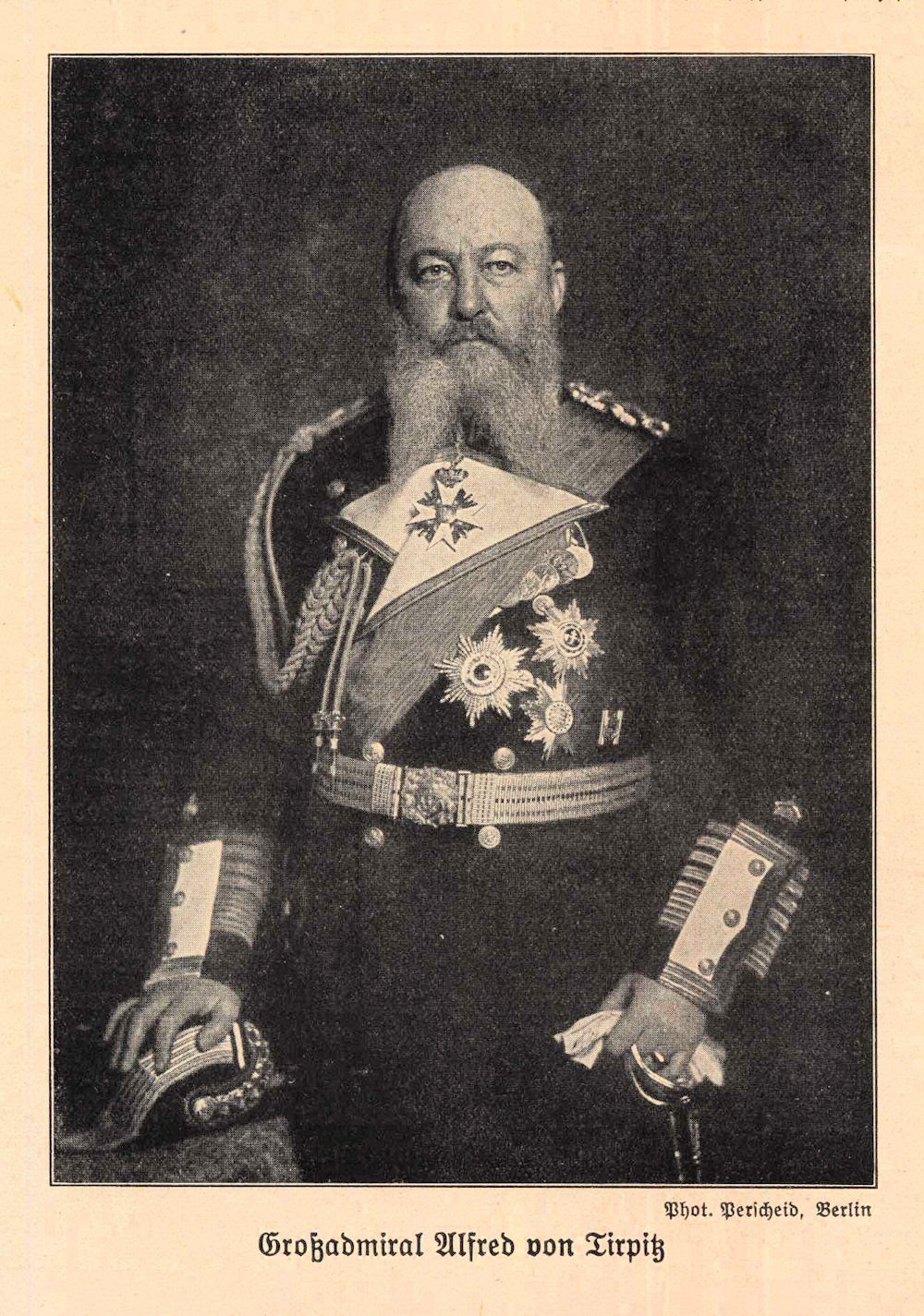 Tirpitz was chiefly responsible for the development of the torpedo as a significant weapon, working for twelve years in the Torpedo Arm Section of the German Navy, 1877-1889. A highlight of the book is an 1879 photograph of a square-rigger, the SMS Zieten, with two torpedo tubes above water on the starboard side.

In 1896 Admiral Tirpitz was sent to East Asia to identify a site suitable for a navy base. The challenge of this assignment was compounded by his lack of objectivity and by internal navy politics. Eventually he seized his favorite site, regardless of Chinese concerns. His performance was unimpressive.

Upon his 1897 return to Germany, he sought and served as state secretary until 1916. This is somewhat like a uniformed officer being the secretary of the navy. He had much to say about navy expenditures, primarily for building capital ships, which gave him the power he sought.

His chief responsibility was to build the fleet, which he did successfully by frequently threatening the Emperor with his resignation, schmoozing with Germany's four political parties, linking expanded international commerce to a more powerful navy, and building a base of navy loyalists. The result was a fierce and expensive buildup of the German Navy into a force that was still outgunned by the British, who had several times as many ships with far greater cruising ranges. Hatred of that power was used to justify the expansion of the navy, although plans for its use were never developed, nor was it used much in WWI. In the meantime, the gradually developing submarine force was ignored.

This period of service was when Tirpitz performed best but also when his worst features came to light: a craving for bureaucratic power, a poorly designed fleet with only a North Sea mission, no coherent plan because it would challenge Tirpitz's power, and overall a man with self-interest, not the interest of the Navy.


When the war ended naval construction, the Admiral's influence was reduced to very little. He had not commanded anything since 1897, his ideas were ridiculed, and he was basically sidelined. After the war, Tirpitz participated in civilian politics, winning a seat as a deputy in the Reichstag. He was interested in establishing a dictatorship to combat the unrest of that period, but nothing came of it. When investigated for war crimes in 1920 he was found innocent because he had had no authority. Later the Nazis built a fitting memorial to the admiral: a battleship named for him. The British responded appropriately, bombing it to the bottom of a Norwegian inlet.

Kelly is to be commended for keeping all of the lengthy and complicated legislative activity straight in this book, but for the reader it is a tough slog. Kelly's last chapter is titled "Conclusion," when actually it is primarily a summary. The reader should review this before taking the time to read the entire book, which perhaps might be considered too detailed for some.

The Image of Admiral Tirpitz is from Tony Langley's collection.