My correspondents in the UK have sent word that an excellent three-part docudrama on the July Crisis of 1914 has been presented on BBC2.  Titled 37 Days [28 June – 4 August 1914], it covers the period from the assassination of the Archduke to Britain's entry into the war. As one reviewer described it, "Judging by the unshowy casting, 37 Days isn't supposed to be the flagship drama of the BBC's centenary season, but it's terrifically well written, all the same. The dialogue, in particular, does an excellent job of conveying both the prevalent political mood and any diplomatic subtleties that might otherwise be lost on modern viewers."

Naturally, I'm unable to find any plans to show the series in the U.S. — I've checked the "usual suspects", PBS and BBC America, but have not seen any announcement yet. Please let me know if you see something about its broadcast in the States and I will pass it on to the readers. Here are some stills from the series. The casting might have been "unshowy", as the reviewer put it, but — as is almost invariably the case in UK productions — the actors look perfect for their roles. [Except Churchill, middle photo far right,  looks a little too lean. Maybe he sounds Churchillian.] 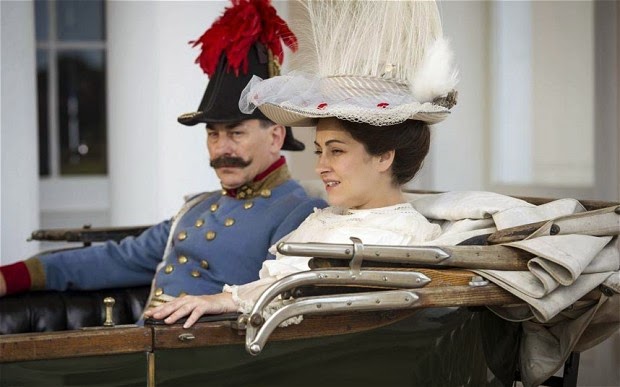 [Regular Contributor Steve Miller has pointed out that they got the seating positions incorrect here. Sophie was on the right side in all photos of the day. Good catch Steve.] 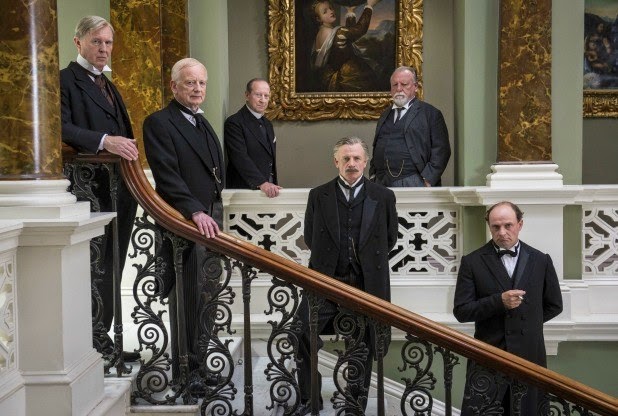 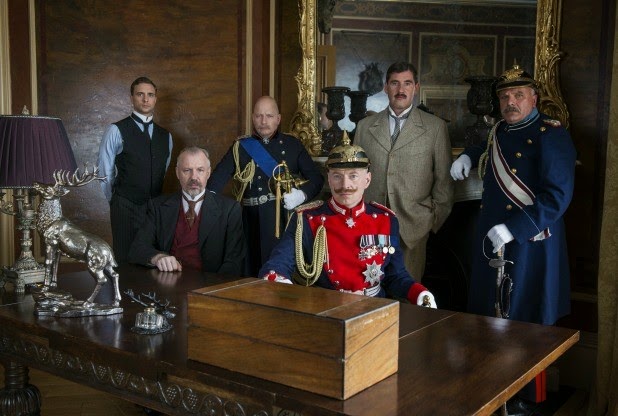