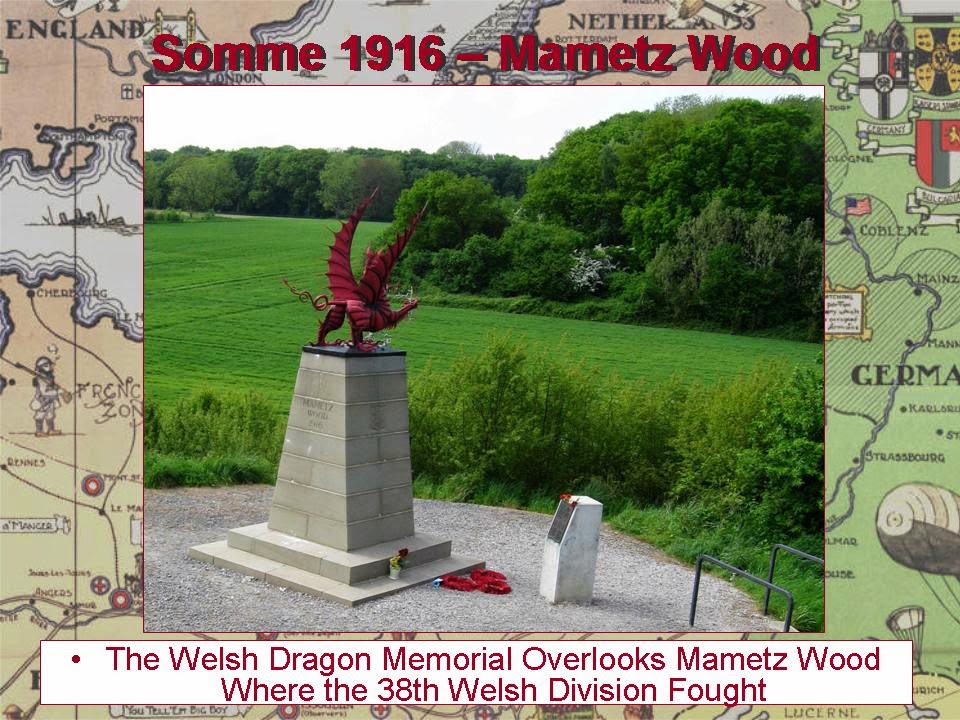 Today I found in Mametz Wood
A certain cure for lust of blood. . .
Robert Graves, Poem

The 38th (Welsh) Division was recruited from battalions of the Welsh Regiment, South Wales Borderers, and Royal Welsh Fusiliers in 1914. Lloyd George had a heavy hand in the raising of the formation, one of his sons being an officer in the division. It crossed to France in late 1915 and came down to fight on the Somme in July 1916. The first attack on Mametz Wood was on 7 July, when the division lost heavily in "Death Valley" during the advance on the "Hammer Head". The next attack went in on the 10th, and by 14 July the wood was cleared -- but at the cost of over 5,000 casualties in the 38th (Welsh) Division. A memorial was placed in Mametz Church in the 1920s, but this Red Dragon monument was placed here in the late 1980s on the wishes of a number of Mametz Wood veterans.