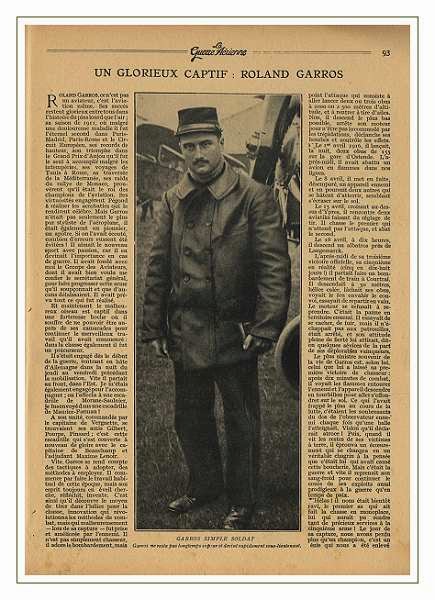 French pilot Roland Garros (6 October 1888 – 5 October 1918) of Escadrille MS 23 is one of the great figures of aviation history. He was a prewar aviation pioneer and was the first pilot to cross the Mediterranean. He gained aviation immortality after allowing his Morane Saulnier Type L to be equipped with deflector plates on the propeller. This enabled him to fire his Hotchkiss machine gun through the airscrew. Garros achieved the first-ever shooting-down of an aircraft by a fighter firing through a tractor propeller, on 1 April 1915; two more victories over German aircraft were achieved on 15 and 18 April 1915.


Subsequently downed and captured, he escaped after a long imprisonment but was eventually killed in action in the Champagne supporting an American operation a month before the Armistice. The French National Tennis Center is named for Garros, an amateur tennis champion.

Late addition:  Regular contributor Steve Miller just sent these images in. From his collection are these photos of Garros's grave at Vouziers, close to the sit of his fatal crash. 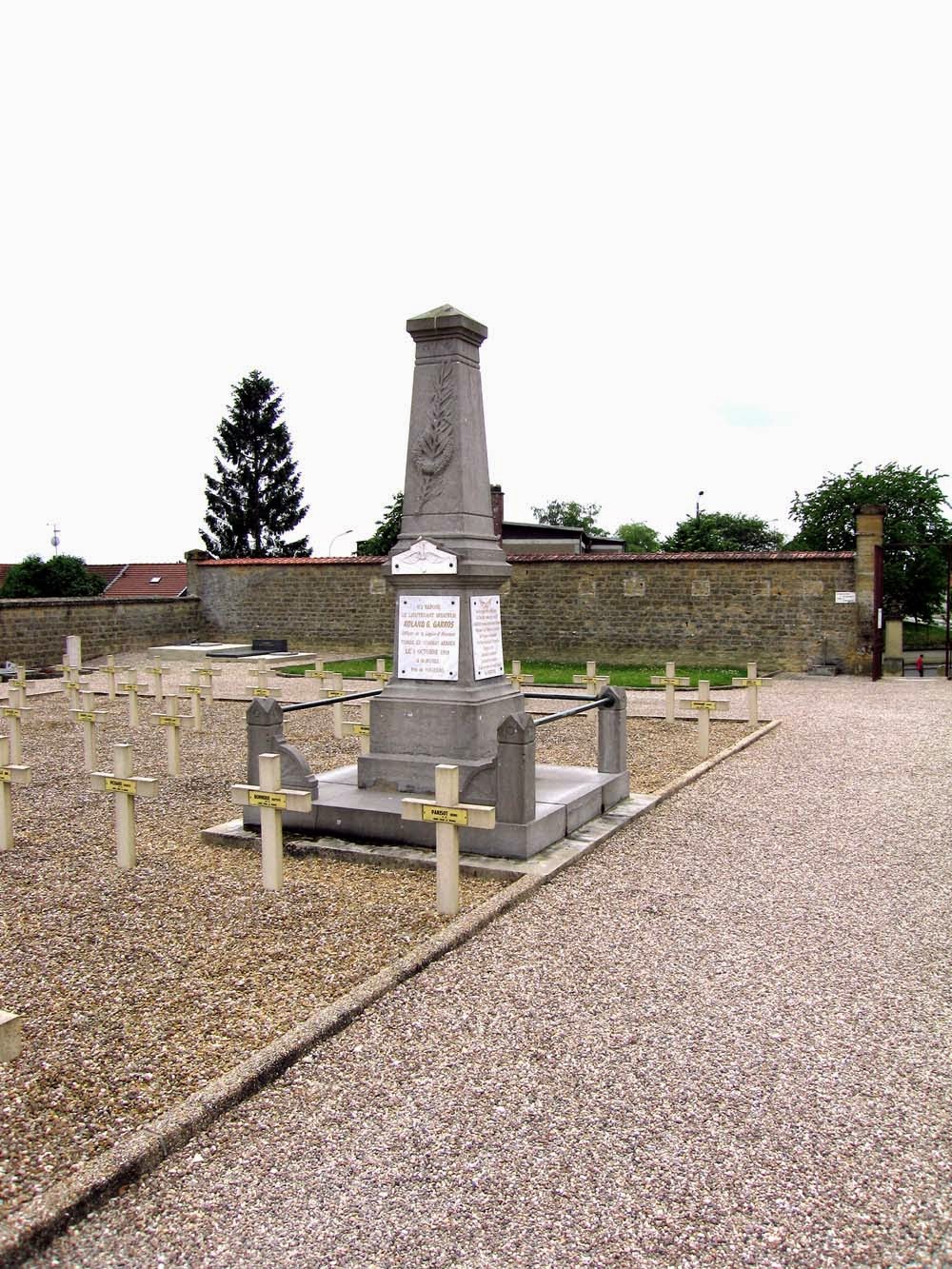 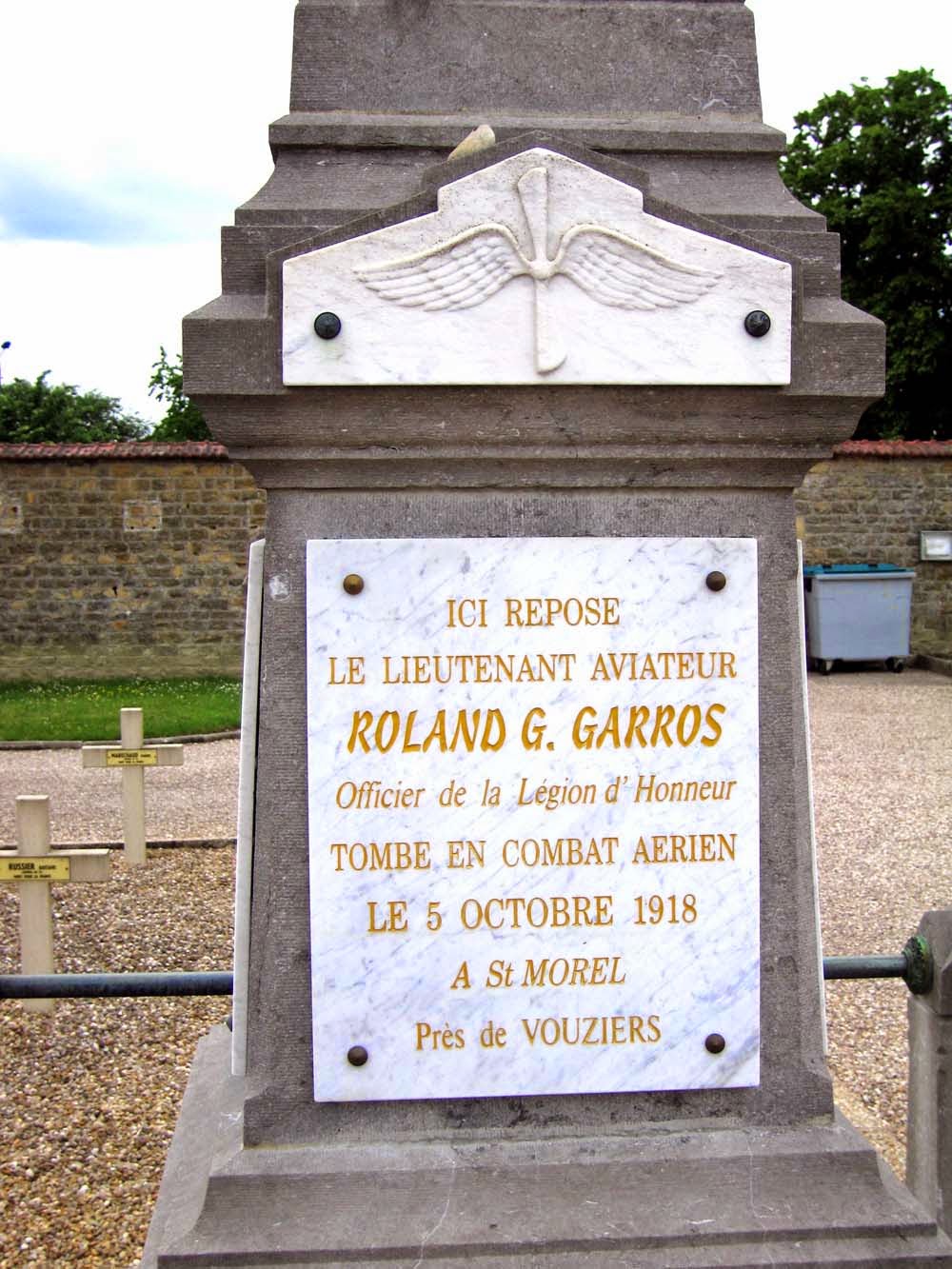