To keep pressure on the Bolsheviks at Brest-Litovsk on 18–19 February 1918, the German Army resumed their advance in the east with 50 divisions. One of their early prizes was Kiev, the capital of Ukraine, which was occupied on 1 March. Two days later, Lenin agreed to terms. The German advances continued in the Caucasus, Crimea, and Finland through the end of April. Archduke Wilhelm of Austria established a headquarters at Kiev in hopes of becoming its crowned ruler.


The Armistice of November 1918 triggered the rapid withdrawal of German troops from the city. During the German stay the city had remained calm but was occupied by Bolshevik forces 3 January 1919 and would soon become of center for some of the most tumultuous events of the Russian Civil War. 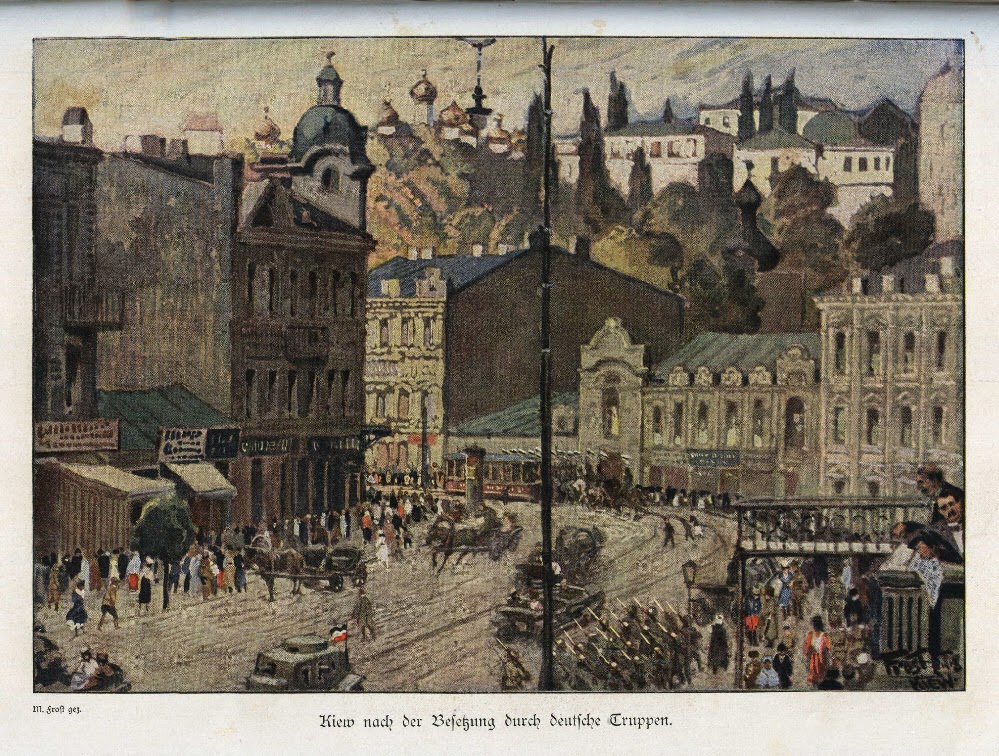 German Depiction of the Occupation