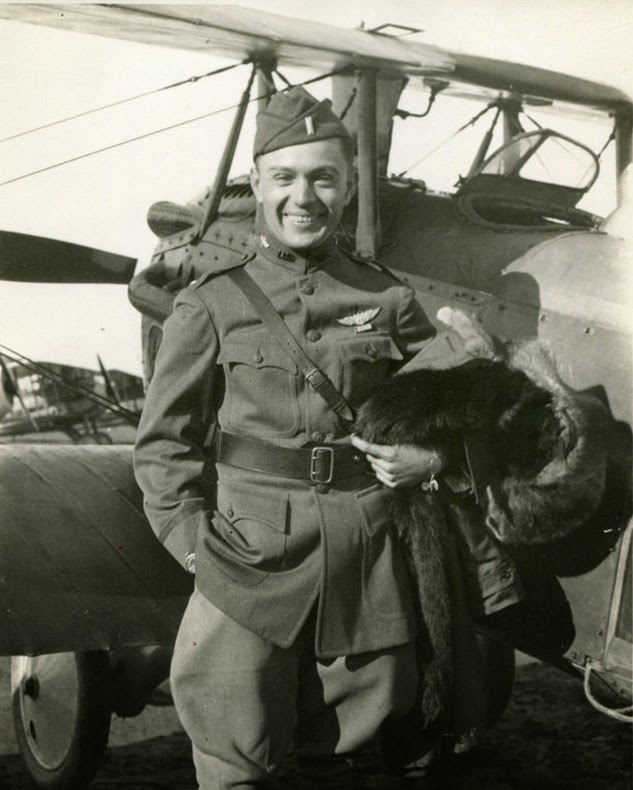 Charles d'Olive downed five enemy aircraft in WWI, but his final victory — elevating him to the coveted status of "ace" — was not approved until a records correction in the 1960s; hence my subject title. The son of Rudolph and Lela Whisenhunt d'Olive, Charles Rudolph d'Olive entered the United States Signal Corps, Aviation Section, at Memphis, Tennessee on 28 April 1917. Following flight training in the United States and at Issoudun, France, he was assigned to the 93rd Aero Squadron at Vaucouleurs on 22 August 1918. 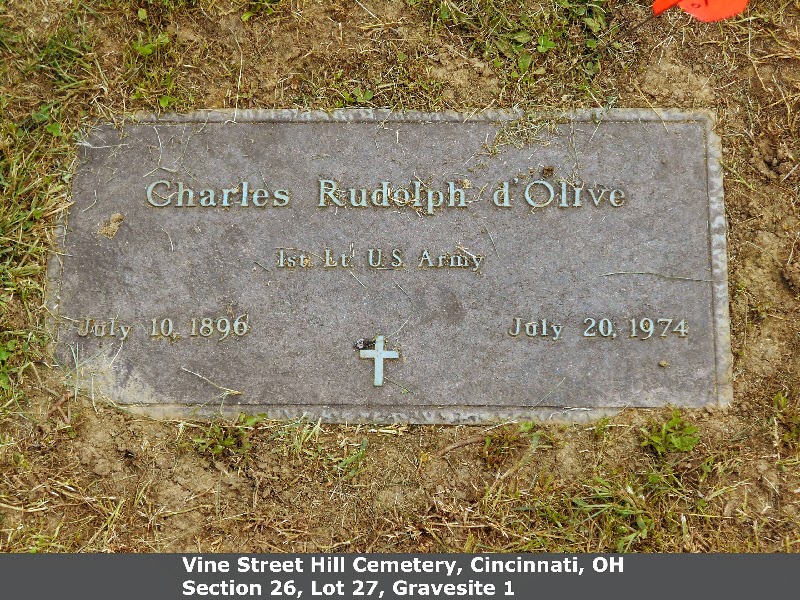 As the third highest scoring ace in the 93rd Aero, d'Olive scored the squadron's first victory on the morning of 12 September 1918, shooting down a Fokker D.VII near Vieville-en-Haye. After scoring four more victories, he was reassigned to the 141st Aero Squadron as a flight commander on 28 October 1918. Discharged from the service in February 1919, he married in 1939, had two children and became a corporate executive in Iowa. d'Olive was a member of the U.S. Fighter Aces Association. He died of cancer in 1974. He is buried in Cincinnati, Ohio, at the Vine St. Hill Cemetery. His grave marker is another example of a very plain commemoration for one of those very brave men who flew flimsy airplanes in combat without a parachute.