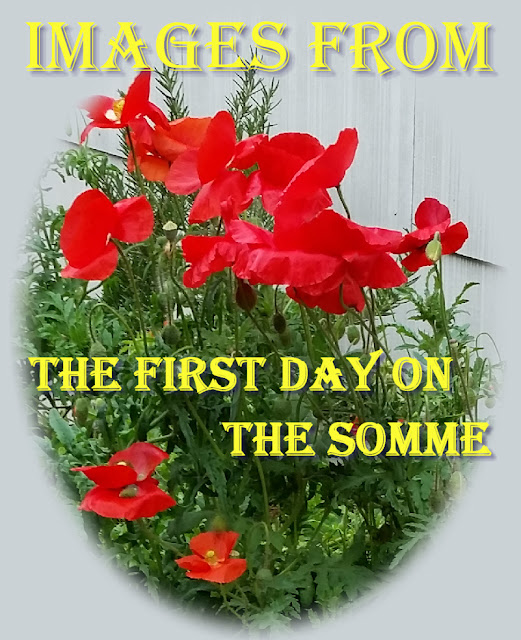 The long line of men came forward, rifles at the port as ordered.  Now Jerry started.  His machine guns let fly.  Down they all went. I could see them dropping one after another as the gun swept along them. The officer went down at exactly the same time as the man behind him.  Another minute or so and another wave came forward.  Jerry was ready this time and this lot did not get so far as the others. . . At long last, evening came and the light began to fade.  I ventured a look forward and there was Jerry out of his trench, moving among the fallen.  Now I thought, I am going to Berlin too soon.  That decided me; I jumped up and ran as best I could, for I was stiff.  I kept treading on wounded and they called out to me for help.  Gerry let me have a few more shots as I ran, but the light had now gone. . .
Pvt. W.J. Senescall, Cambridge Battalion, 34th Division near La Boisselle