I was reading an online issue of Colliers Weekly which had an article by Winston Churchill on Verdun. Then I came across this two-page spread featuring the boys deployed down on the Mexican border in 1916. This advertisement was better than Churchill's piece, IMHO. It brought back memories of when my dad went on a "roll-your-own" kick and the smell became unbearable around the house.  The father of the current governor of California, who was governor in the 1960s, had just pushed through a  5 or 10 cent tax on a pack of cigarettes. Mom made him give up the pouch tobacco, but he never voted for Brown the Elder again. 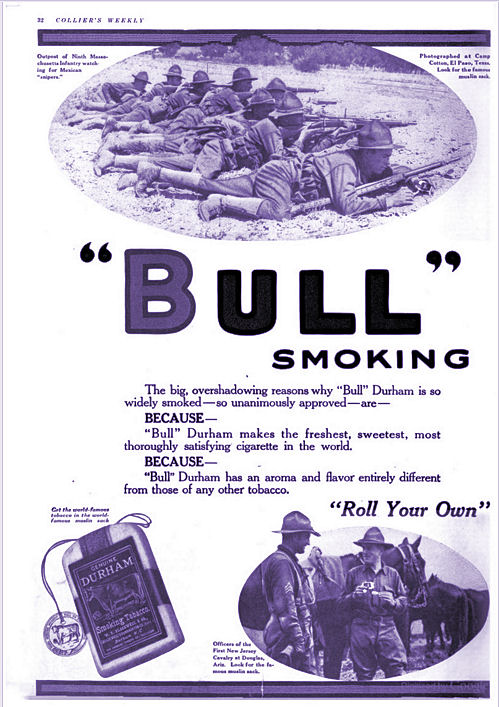 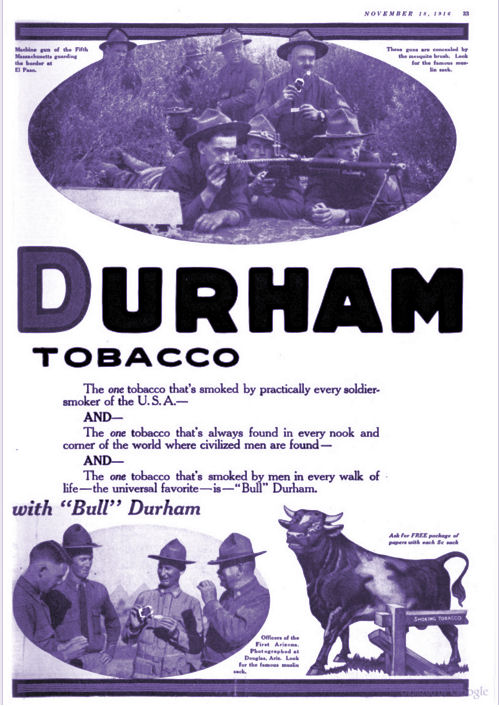 Thanks to reader Steve Harris for sending in this addition: 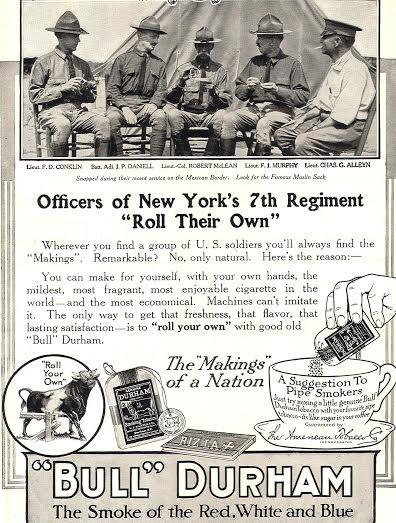