I came across this fascinating needlework while trolling the Internet for something completely different. Plassy served as a troopship (HMTS) but also significantly as a hospital ship (HMHS).
She was a P & O ship designed for passenger service, was launched in 1900, and served throughout the war. In 1924 Plassy was sold and scrapped at Genoa.

See this fascinating short film of King George V aboard the Plassy in 1917 reviewing the nurses and staff:
http://www.criticalpast.com/video/65675049922_hospital-ship-Plassig_King-George-V_King-talks-with-nurses_staff-is-reviewed 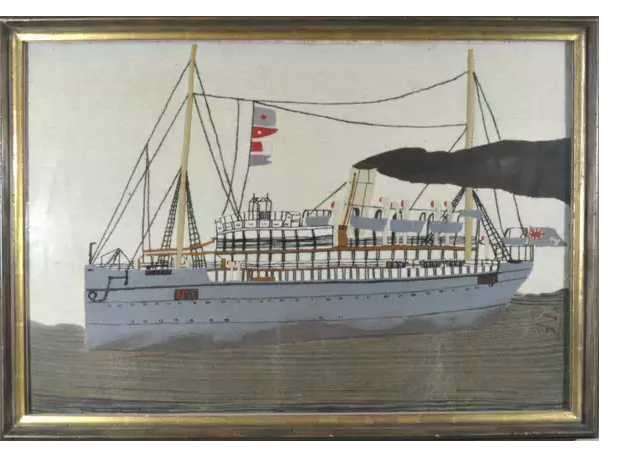 A Truly Beautiful Example of a Sailor's Handwork 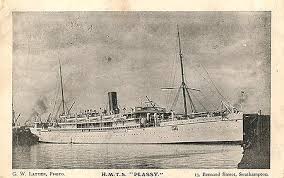