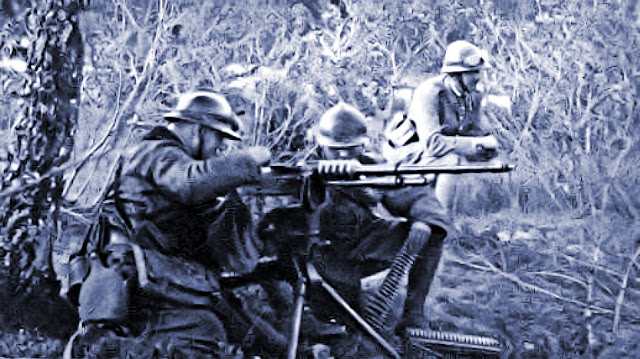 The Hotchkiss Model 1914 was the standard French Army heavy machine gun during World War I. Heavy but rugged and dependable, the Hotchkiss Model 1914 saw continuous service along the entire line of the Western Front for the full duration of the war. The gun and mount weighed 88 pounds, fired 8mm Lebel Mle 1886 rounds from a 30-round metal strip, and had a rate of fire of 600 rounds per minute. It was gas operated and air cooled and had a maximum effective range of 3800 meters. The Hotchkiss served in both ground combat support and anti-aircraft roles. 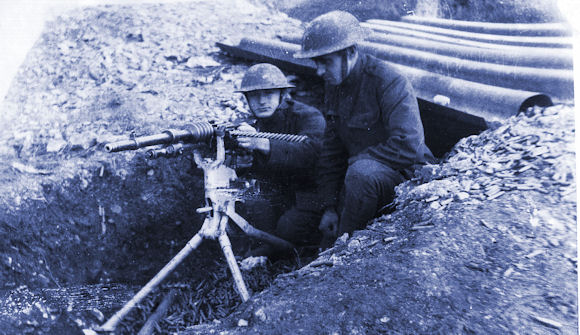 Many machine gun units of the AEF entered combat with the 1914 model of the French-made Hotchkiss machine gun. Machine guns were used by the Yanks for both indirect and direct fire missions. When in the former role, the guns were placed to cooperate with the field artillery units in neutralizing suspected enemy observation posts and machine guns during the attack and to sweep the approaches for possible enemy counterattacks after the capture of the final objective.