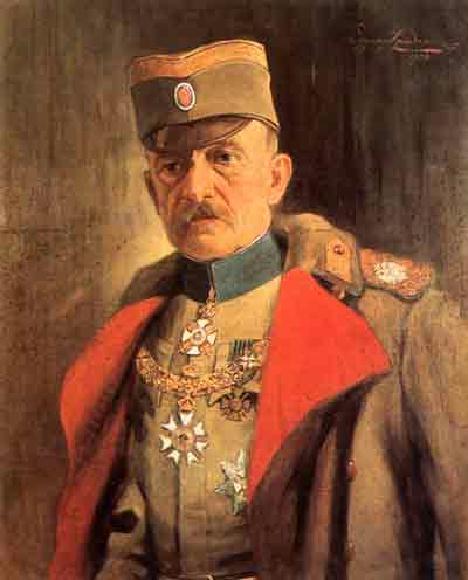 General Živojin Mišić (1855–1921) was Serbia's greatest military commander of the First World War. Called from retirement, he led the Serbian forces in defeating the two initial Austrian invasions of his homeland. An opponent of the great retreat across the Albanian mountains to Corfu, he nonetheless accompanied the troops. He later resumed command of the Serbian forces on the Salonika Front that helped decisively defeat Bulgaria and opened back doors into both Austria-Hungary and Turkey.

In the weeks immediately prior to the cessation of hostilities Mišić led his troops deep into Austro-Hungarian territory, both ensuring its collapse but also—more important for him—greatly assisting the creation of the postwar southern Slav state which he had long advocated (ultimately named Yugoslavia).

Appointed chief of general staff with the end of the war, Mišić died on 20 January 1921 at the age of 66.