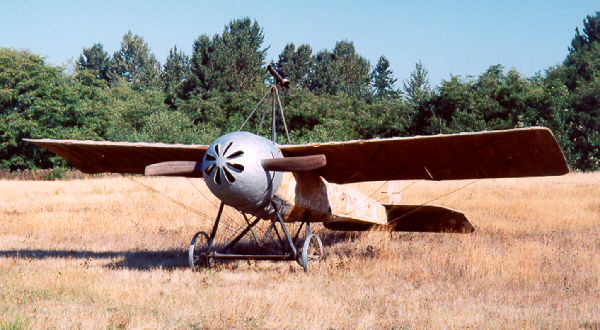 The Caproni Ca.20 was an aircraft ahead of its time in design, purpose, and armament. In early 1914, before World War I, this speedy single-seat monoplane was created and equipped with a forward-facing machine gun mounted above the propeller arc. 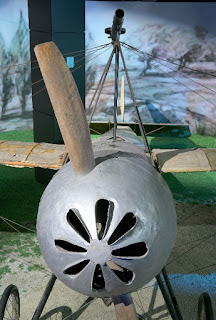 The model 20 was a derivative of Caproni's Ca.18 reconnaissance airplane—the first Italian-made airplane to be used by the Italian military. The new "fighter plane" version incorporated a larger engine (a Le Rhône 110-horsepower rotary engine), shorter wingspan, and a streamlined metal cowling to reduce drag and increase speed.

Test flights proved that the Ca.20 was an exceptional airplane—much faster than other military airplanes being made in France and Germany. Yet the Italian military wanted the Caproni Company to focus on heavy bombers and only this single Ca.20 was ever produced.

The plane was stored by the Caproni family in Italy for over 85 years. It was eventually parked, strangely enough, in a monastery! The Ca.20 was carefully dismantled piece by piece by museum staff and then lowered through a second-story window. The rare aircraft was then shipped to the Museum of Flight and painstakingly reassembled and displayed as it appeared in Europe.

From the Seattle Museum of Flight's website. Visit it HERE.