St. Mihiel Salient: After the Battle

(Note:  The 103rd Field Artillery of the 26th Division had been made a major contribution to the recent victory.  A few days later, the division had been moved to the reserve and was position in territory that had been occupied by the German Army for four years.) 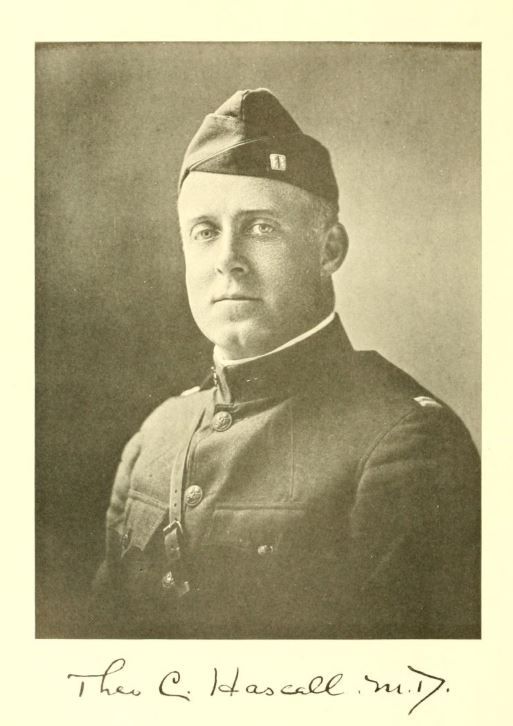 Well, Dear, after all the marching, wet, rainy camps here we are at last in the woods where Heinie Fritz Bosche has lived for the last four years. For 4 days I lived in a leaky old dug out with a YMCA man, a Mr. Patterson. The place had a fireplace in it in which we kept a roaring fire days and evenings and had some good games of whist. Well at one o’clock on the morning of the 12th all out guns opened up and there was plenty of noise for a few hours. Some reply from Fritzie but guess he was smothered for after noon we stopped firing and got news that our Infantry was still pushing them. Couldn’t move the next day the roads were shot up so badly and we had had so much rain – but yesterday noon we started out and it took us about 8 hours to go 12 kilometers!

A mighty slow and tiring trip but one part of it was intensely interesting as it was at the Hindenburg line. Here was a bad hill and bad road and it took our column a long time to make it. As my cart and ambulance are the tail end of a Battalion line of march, I walked ahead and had a chance to look over No Man’s Land and the strong cement dug outs, trenches and machine gun pill boxes showed that Mr. Bosche has sure put in a lot of work and had reason for believing his line to be impregnable. But it didn’t take our Artillery long to make hash of it!
This is the first big operation the Americans have put through alone and it surely has been a great success.

Just at present our Regiment is occupying a reserve position, the objectives of the Drive being attained. Now whether we will go up again and start a new drive or old the position, or go to some other sector or go back for the rest of our rest period and permissions – no one knows except those higher up and they are not telling us yet. Guess they want to see just how far Fritzie is going to retreat before they decide themselves!
Late supper tonight – it won’t be ready until 19 o’clock though we usually eat at 17.
We’ve had canned willy and bread with and without coffee for 5 successive meals and the cook was waiting to see if any new rations were coming. No such luck – so its corned willy again with the addition of potatoes. Believe he’s going to try to camouflage it by making fish cakes out of it!
The mail is no better. Hadn’t heard from the folks for weeks. Just now had a letter dated Aug 19 from Mother and one from Higgins of same date. There must be at least three or four due me still from you and a bunch from the folks – if not from anyone else.
How goes everything at home? Kiddies back at school, I suppose and Eastern Star and EOW in full swing again. Well I’m beginning to hope that I’ll be home by a year from now. Let’s hope so anyway. I’ve been very lucky so far – nary a scratch or gas or sickness, just doing my bit without any D. S. crosses or Croix de Guerres. The Artillery doesn’t have much chance for reckless exhibitions of bravery anyway. The ordinary routine takes enough courage at times, without any frills! Well, chow is ready; will finish later.

Well that’s the best timed Bill  [corned beef] I’ve ever had – there was plenty of lard or grease and the cakes were well done.

It’s too dark to write more tonight and lights are not allowed, so I will finish tomorrow. Goodnight, Sweetheart, sweet dreams.

Monday noon Sept. 16 –
Days work done and I’ll try to finish this before dinner.
After two weeks of continuous rain the last three have been hot and sunshiny without a cloud in the sky. As per usual we are camping in some woods with our wagons camouflaged. Pat and I have a couple of rubber blankets stretched across some sticks for a roof and litters for beds and we are very comfortable. Pat – or Mr. Patterson – is a young Canadian from the University of Alberta. He has a deformed left arm which makes him unfit for military duty but he’s a hustler and very popular with the boys getting YMCA supplies whenever possible. Unfortunately on drives or other moves it’s hard work always to make connections. He hasn’t been with the Regiment or Battalion very long but the boys all hope he won’t be transferred as he had their interests at heart all the time.

I went “scouting” yesterday through a lot of old German (not so very old at that) camps and trenches – but the Infantry, Machine Gunners and Engineers beat me to it and I could find no souvenirs except a Bosche Red Cross haversack. Pretty bulky and I doubt if I can sent it home, but it’s a pretty slick thing and I’d like to have it to show my friends later.

Signs of activity at kitchen – a rattling of mess kits can be heard. Wonder how they will disguise the canned Willy or monkey meat this time?

No disguise at all this time – just plain Willy warmed up – lordy hope we get some fresh rations – and mail soon.

Lots of love to you all,
Theo.