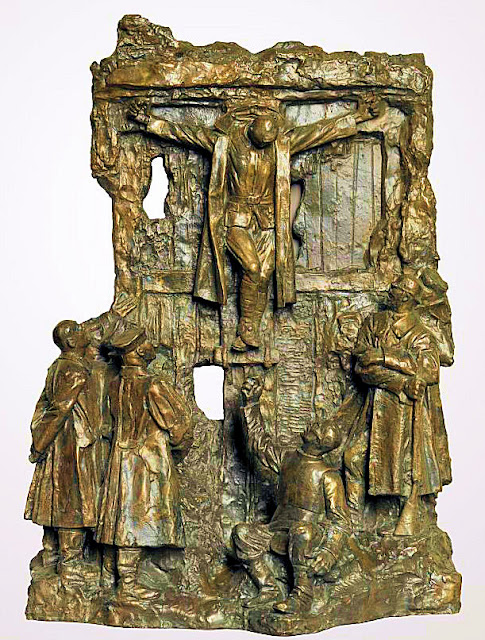 "Canada's Golgotha" is a 32-inch-high  bronze sculpture by the British sculptor Francis Derwent Wood, produced in 1918.  During the Second Battle of Ypres, rumors circulated that a Canadian soldier had been crucified on a Belgian barn door, a story the Germans denounced as propaganda. Whether truth or fiction, "Canada's Golgotha" illustrates the intensity of wartime myths and imagery.  Its first display in 1919 provoked an angry diplomatic exchange with Germany, which demanded details to back up the story. The crucifixion remains unproven. Today the statue is in the collection of the Canadian War Museum.