8th Anniversary for Roads to the Great War

Eight years ago I decided to add a daily blog to my publishing efforts at Worldwar1.com. Our first article, presented on 15 May 2013, was a contribution from my friend and regular contributor Tony Langley on  Italian war artist Fortunino Matania.  After nearly 3,000 postings, I've decided  that for our  anniversary issue I should republish Tony's article. This time, however, instead of just one of Matania's masterworks,  I'd include a half-dozen to support Tony's piece.  I hope you enjoy this revisit and thanks for your readership over the years.  MH 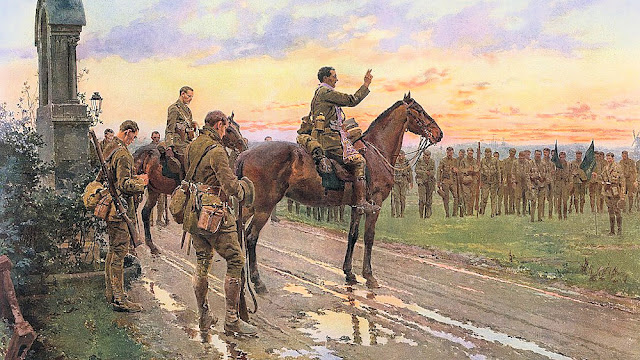 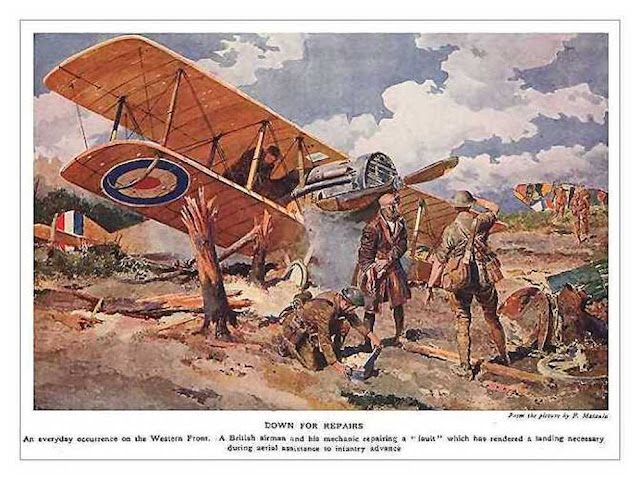 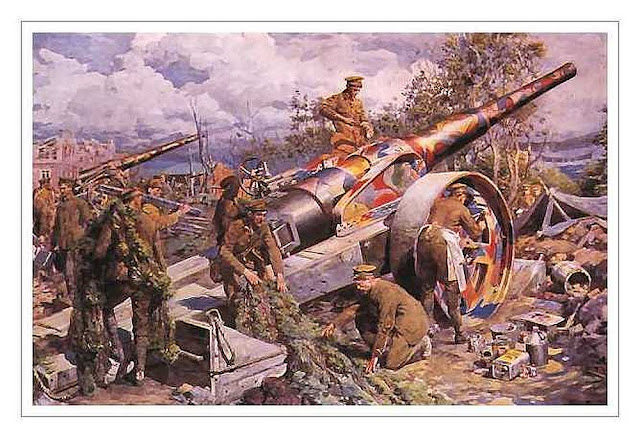 Fortunino Matania (1881–1963) is one of the greatest wartime realist illustrators—certainly of the Great War, maybe others as well. His imagery has contributed to the way millions of people viewed the war while it was being fought. He knew how to distill events into single scenes while still telling a narrative or presenting typical occurrences at the front and all this in a realistic style that has often been mistaken at first viewing for a real photograph.
He was an Italian-born artist who ended up working before and during the Great War for the most prestigious British weekly illustrated news magazines such as The Sphere. His images were sold worldwide to other publications and were later also used as illustrative material for postwar books and volumes. 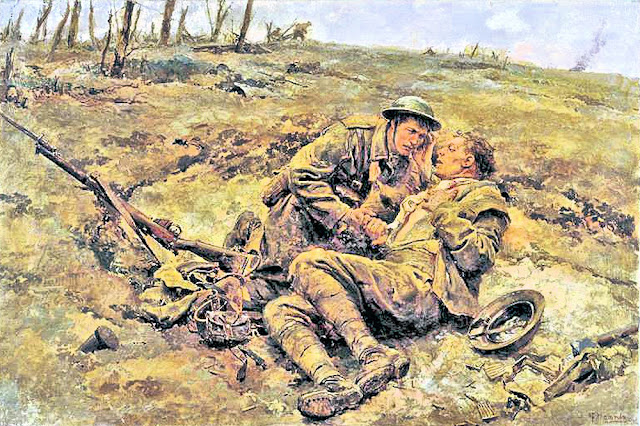 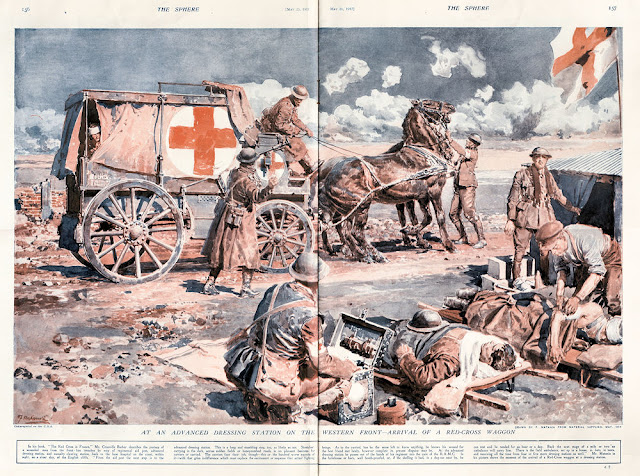 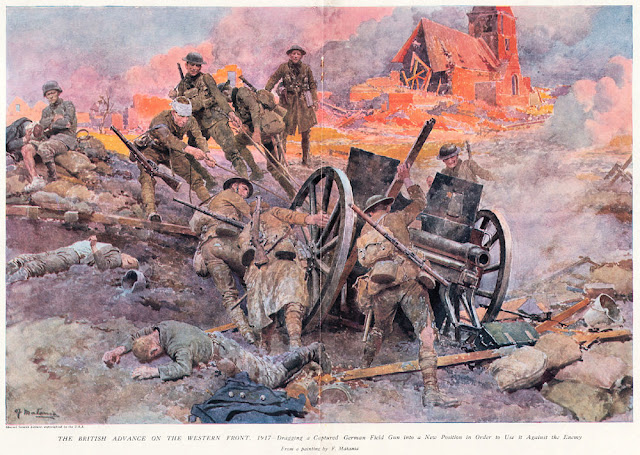 After the war he became known for being one of several artists who helped create a specific science fiction and sword-and-fantasy look for characters by Edgar Rice Burroughs. He was also very active in producing artwork that presented a view of classical antiquity that was somewhat reminiscent of the great works by Sir Lawrence Alma-Tadema but was nevertheless more suited to the tastes of an average reader of novels or pulp fiction stories.
A most prolific and competent illustrator during his long career, Matania is all but forgotten at present. It is rare to find full-color wartime illustrations by Matania. Most of his work was reproduced in magazines or as prints in black, white, and grey tone. The final, two-page illustration comes from a special edition of The Sphere that contained several other full-color illustrations by Matania and other artists working for this magazine.
Tony Langley