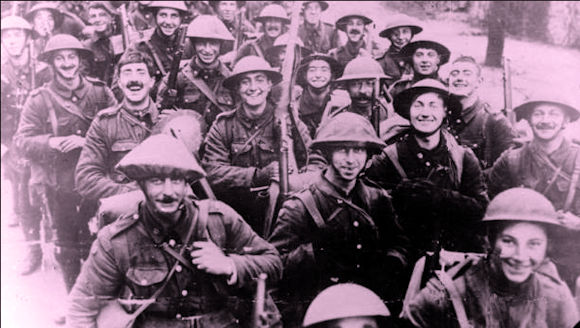 Sadly, not many people have heard of Marjorie Lowry Christie Pickthall, although in her time she was considered a significant Anglo-Canadian writer. She died young of an embolism but not before producing hundreds of short stories, a few novels, and several collections of poetry. Just one of her war poems, "Marching Men," has stood the test of time, however, and can occasionally be found in anthologies of First World War poetry.

I find it a striking poem for a number of reasons. First, it is written by a female civilian rather than a male combatant. It maintains a pleasingly consistent cadence and rhyme scheme. Not least, it weaves a strong religious theme into the image of thousands of young men who were weekly marching off to die.

Under the level winter sky

I saw a thousand Christs go by.

They sang an idle song and free

As they went up to Calvary.

Careless of eye and coarse of lip,

They marched in holiest fellowship.

Their earth-born dreams to deck the grave.

With souls unpurged and steadfast breath

They supped the sacrament of death.

And for each one, far off, apart,

This is a cutting statement about sacrifice. To the poet, these young soldiers are modern-day Christs on their way to be crucified. Unlike Christ, they don’t know they are already condemned to death and so enjoy an "idle song and free" as they march along carelessly and jokingly. A more cosmic view would see them as willing sacrifices on the road to Calvary in the hope of redeeming the world. 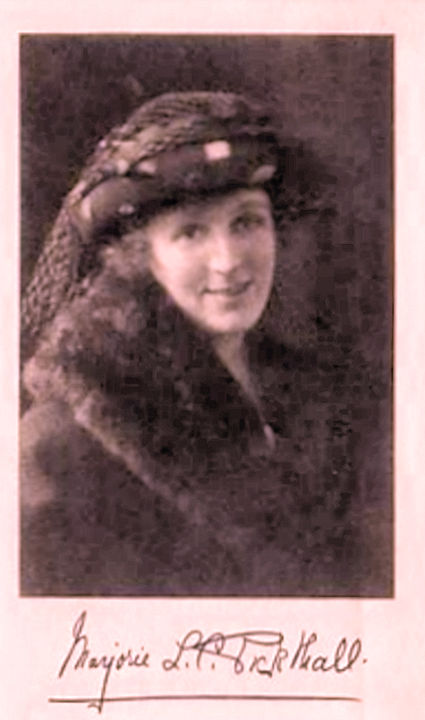 It doesn’t happen, of course. Heaven doesn’t heal the world and all their innocent hopes only culminate in their sacrificial deaths. Hauntingly, in the background is the Christian rite of Holy Communion, where believers ‘sup’ the elements of bread and wine in commemoration of Christ’s sacrifice.

The final couplet is intriguing. Each soldier’s death will pierce a woman’s heart. We recall from the Gospels that Christ’s mother was present at his death and heard the final seven exclamations of her son in agony on the cross. Each would have rent Mary’s heart, just as news of their soldier sons’ sacrifice will stab the hearts of the mothers who watched them march away.