Eyewitness: Slowing Down the Ludendorff Offensives: "How the the 'Odd Men' Helped" 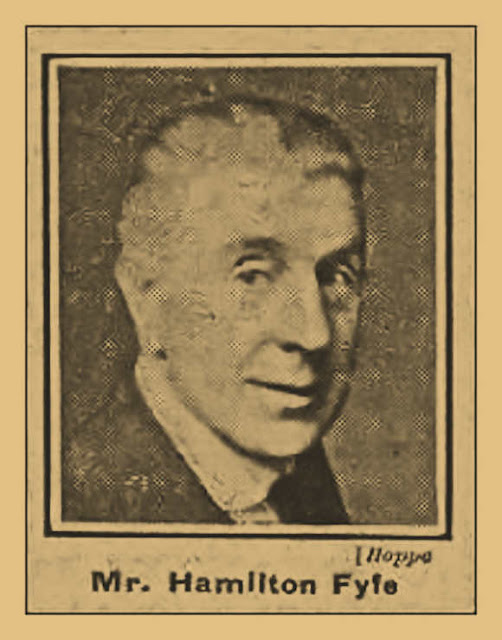 One of the features of the Battle of St. Quentin (March 1918 offensive), and of the Battle of the Lys (April 1918 Offensive) also, which will always be quoted as a tribute to the fighting spirit of the British race was the brave and useful part played by the "oddments" of our Army in slowing up and stopping the German advance.

That the regular fighting men would resist stubbornly and make the enemy pay heavily for the ground which he gained by weight of superior forces was certain, but the regular fighting men were over and over again forced by the odds against them into positions where they needed help badly. Over and over again this help was given by hastily improvised reinforcements made up of men who were not accustomed to fight.

Behind an army in the field there are always large numbers of "other ranks." There are the men who make and mend roads; there are the signallers and electricians, who put up and keep in order telegraph and telephone wires; there are the cooks, the camp orderlies, the mess attendants, the grooms, the sanitary service men.

All these are, for one reason or another, not considered fit for service in the field ; yet in these battles they did excellent service in the forefront of the fighting, "not once nor twice." During those critical days and nights which followed the opening of the German offensive calls were made upon them to take their places in the firing-line, and pluckily they answered the call. Hurriedly put together in battalions, under officers whom they had never seen, without the experience of war or the hard training which fits the soldier for steady endurance and effective manoeuvre, they went in and closed gaps, and presented a firm front to the masses of the enemy.

The most famous of these bodies of "irregular" troops was that which we knew as Carey's Force. On the night this was formed—the night of March 26th - 27th — Amiens was in danger of being rushed. In great force, and with a large proportion of fresh troops to bear down the opposition of tired British divisions which had been fighting, for nearly a week without rest, the Germans had pressed on to within striking distance of the city. Their cavalry patrols were reported to have come very near. The French were on their way to relieve our worn-out battalions, but they could not arrive for several days. It was clear that unless we could put a fresh barrier in front of the enemy, Amiens might go.

A council of war was held at 2 a.m. on Wednesday, the 27th, in a bare room lit by shaded lamps which threw patches of light over the maps spread out upon trestle tables. The German airmen were busy that night. I saw dead horses lying in the streets of Amiens, and men being taken up in fragments. In the village where the council was being held bombs dropped, too, and shook the general's headquarters.

An arrangement, already planned and well advanced, was now completed. It was that every man who could use a rifle should be put into the line at once. There was a considerable front so thinly held that the enemy might at any moment pierce it. A cool-headed, resolute brigadier of the Royal Artillery was told off to take command of the force intended to defend this front. He was given a staff and told to set to work at once.

Within a few hours a force of three thousand men was ready to march. They took the road south- eastward from VilIers-Bretonneux, and by two o'clock in the afternoon Carey's Force was on the front allotted to it and was energetically digging itself in.

Keeping their End Up

Digging was work to which a large number of its members were accustomed. Several labour battalions had been drawn upon. Battles were not in their contract. But they were of British race—they knew their aid was needed, and they gave it cheerfully. An infantry training school provided a good many officers used to dealing with new troops. Field-survey men of the Royal Engineers, telegraph men, some American engineers, and all who could be spared at Army Head-quarters completed the force. It was strengthened after a day or so by fifty cavalry, and it was given guns.

The brigadier spent most of his time near the front line, keeping his men up to their task. They were told that they must hold the front unbroken until mid-night on Friday, the 29th. That meant holding it for two days and a half against almost continuous attacks. Even well-tried troops might have found this exhausting. Carey's Force struggled manfully, not only against the enemy, but against weariness and the depression that weariness is apt to cause. They kept their end up even after the time named as the limit of their endeavour. Relief could not be hurried with the rapidity hoped for. On Saturday, March 30th, I watched an action in which the force still barred the enemy's way to Amiens.

They had lost some ground that morning. .Under fierce artillery fire they had gone back, and the enemy pushed in nearer Villers-Bretonneux. But help was at hand. An Australian brigade, tough fighters ever, combined with some squadrons of Lancers, drove off the Germans and restored the line.

That afternoon I went into a house on the edge of bombarded and deserted Villers-Bretonneux. From an attic window I had a good view over the battlefield. On the near side of a long, gentle slope our batteries were busy. Groups of gun-team horses stood about patiently in the pouring rain. Upon the sky-line stretcher-bearers could be seen moving and carrying wounded. Just over the ridge were our trenches, with those of the enemy a few hundred yards distant. The tap-tap- tap of machine-guns was unceasing.

The Germans were trying to push forward small parties with machine-guns to make holes in our lines and compel our men to fall back. Presently I saw cavalry trotting in single file, a long line of them, across the open ground from one little wood to another. A shell dropped near them, but the horses took no more notice of it than the troopers did. They went into the wood and were lost to view. If the situation had become worse, they would have been useful in checking the German advance. But this time Carey's Force could not be moved.

I went over to the brigadier's head-quarters in a group of huts. General Carey was out "looking after the line." His staff were well content with the way their men were "sticking it." They had to combat not only the open tactics of the foe, but treacherous wiles as well.

Another improvised force which did good work was a body of mounted men, composed of troopers from several British cavalry regiments and from the Fort Garry Horse (Canadian), and of "anybody who could ride." I saw a party going off to join it near Guiscard in the sunny noontide of one of those first golden days of the offensive: There streamed across the road and up a sloping field a mixed squadron which I could not identify. I saw some were Canadians, others were Lancers, Scots Greys, Hussars, and some were not cavalrymen at all, though they rode like men hardened to the saddle. They cantered to the top of the field, a stirring sight, then disappeared. This detachment helped to cover several difficult retreats.

Then there was a force which in the Flanders battle was scraped up from the usual materials and thrown in to help in stemming the German onslaught near Dranoutre. It made its own trenches and stayed in them until the French came up to relieve, despite the enemy's efforts to drive through. And I could add many more stories of the pluck and doggedness as fighters of men who spent their time usually cleaning up, cooking, or handing dishes at table ; of those who did surveying or who shovelled dirt ; of those who did clerks' work in offices. Listen to the exploit of a party which came from a bombing school and helped to delay the enemy in the earliest and most difficult stage of his offensive.

Men have to be taught to bomb, and they go to school for their lessons. The pupils at this school were still learners when the Germans broke through, but they went readily, and even gladly, when the officer-instructors asked them if they would go into the line to back up their comrades. On the evening of March 21st a young officer led them up a trench in the Vraucourt region, one of our trenches which was partly occupied by the enemy. It ran downhill. The Bodies were in the higher part of it, bombing our men with bad effect.

The young officer and his bombers had to crawl up the trench in order to keep their heads below the bullets which the machine-guns were spitting out all the time. Thus they came near enough to the block to hurl their bombs. They made it so hot for the Germans that they withdrew to some distance and bombed no more. "For learners we didn't do too badly," one of the school pupils said modestly when it was over. In this and in other engagements they lent most valuable aid.