On 26 August 1914, Caudry, a  northern French town with a population of about 14,000, found itself on the periphery of the Battle of Le Cateau. It suffered a day of heavy shelling which destroyed hundreds of houses. The following day the German Army entered the town  and occupied it until 10 October 1918. Almost immediately after taking the town, the Germans stripped the local factories of their equipment, mostly lace-making machines, and sent the scrap steel and copper to Germany. The Kommandatur (German Command) set up its headquarters in the Town Hall and imposed its will on the people of Caudry: men were requisitioned to build a military hospital and, to quell any unrest, hostages were taken and prominent townspeople were deported, including the mayor, Ernest Plet.

After four years of occupation, in September 1918 the Kommandatur, under pressure from the advancing Allies, gave the order to evacuate Caudry. Ten thousand people, mostly women, children, and the elderly, were forced out of the town. After a long and desperate trudge, in which some 200 people died, the refugees finally reached Binche in Belgium. When they liberated Caudry on 10 October 1918, the illustrious 37th Division of the British Army (conquerors of Monchy-le-Preux during the battle of Arras in April 1917) were welcomed by a mere 2,500 people of a once-populous town.

The powerful war memorial shown above in the main square is the work of artist Paul Theunissen and depicts some evocative scenes from the Occupation. Unveiled in 1922, the statue of Humanity gathering up a dying French soldier is a touching tribute to the men of Caudry who died for their homeland. In the four panels shown below that are mounted around the base, the experience of the town during and after the war is portrayed. 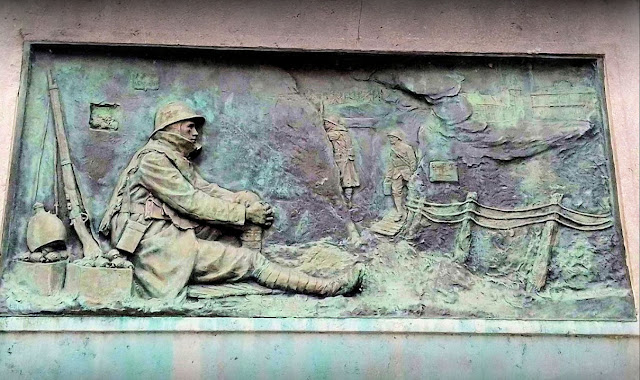 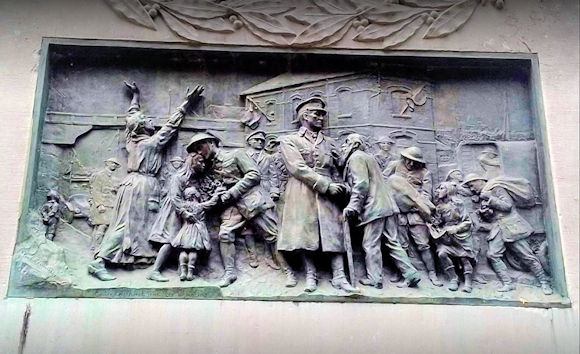 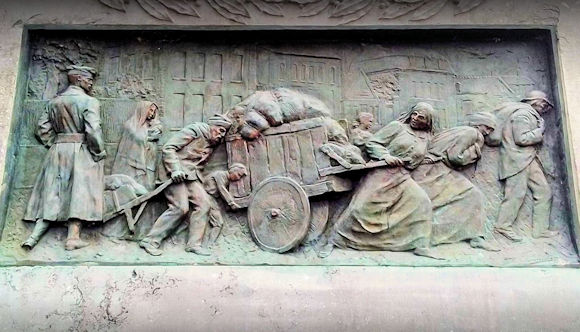 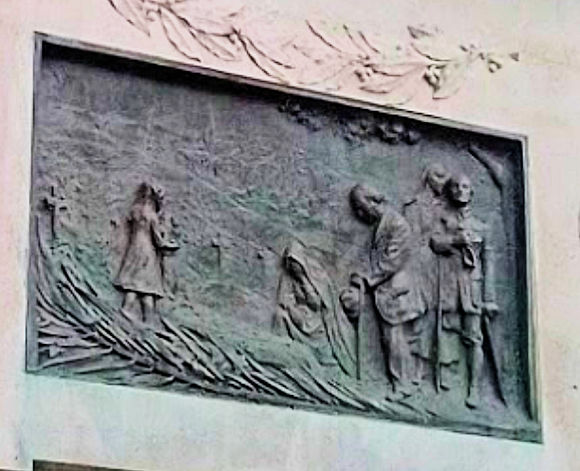