The re-designation of this iconic building as a mosque was not just a sop to the Turkish president’s Islamist fans but another blow at the memory of the statesman whose legacy haunts and frustrates him.

As recently as March 2019, Turkey’s Islamist leader publicly opposed demands from his supporters to alter the status of this World Heritage Site, which Turkey’s founding father, Mustafa Kemal Atatürk, had transformed into a museum in 1934.

Erdoğan's U-turn on Hagia Sophia results in part from his need for a political stunt to boost his party’s waning popularity. More important, it reflects his ongoing struggle with Atatürk’s legacy, which exerts surprising influence despite Erdoğan’s consolidation of power and continues to inspire calls for a more secular and pluralistic democracy.

It is ironic that in a country of 84 million citizens, the biggest obstacle to Erdoğan’s Islamist ambitions continues to come from a man who died in 1938. The enduring legacy of Atatürk, the architect of the modern, secular Republic of Turkey, has so far proven unbeatable.

So much so that Erdoğan, who once insulted Atatürk as a “drunk,” has since then felt the need to pay respects, albeit tactically. The ongoing battle between Turkey’s two longest-serving presidents, separated by more than seven decades, will impact not only on the prospects for secular democracy in Turkey but also in other majority Muslim polities. 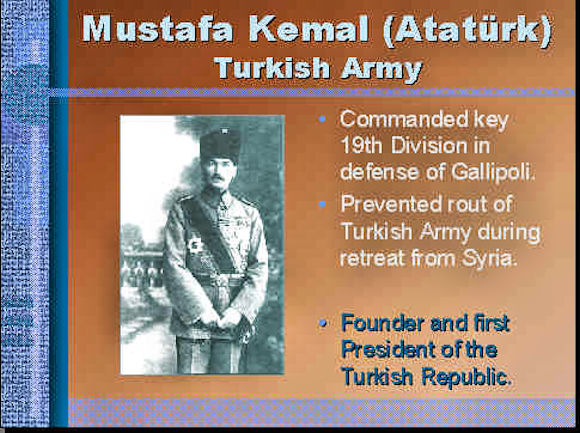 For over four decades, first as a youth wing member of an Islamist party in the 1970s, then as the mayor of Istanbul from 1994 to 1998, then as prime minister between 2003 and 2014, and finally as president since then, Erdoğan has pursued his dream of dismantling Atatürk’s secular republican legacy.

On the one hand, Erdoğan has overseen an ambitious social engineering project, using all instruments of the state, namely the 140,000-strong Directorate of Religious Affairs, compulsory religious education in schools, and sectarian indoctrination in state-run media, to mould what he has described as a “pious generation.”

On the other hand, he has worked meticulously to erase Atatürk’s legacy, whether it is secular reforms or institutions. Erdoğan has gone so far as to tear down dozens of public structures around the country, from stadiums to airports, that monumentalized Atatürk’s name.

By 2015, Erdoğan’s increasing consolidation of power emboldened one of his lawmakers to declare the end of a “90-year commercial break with the 600-year [Ottoman] empire.” This was a reference to Turkey’s republican era as an interval in the Ottoman caliphate that Erdoğan would presumably restore.

To the president’s disappointment, however, under his rule, the young have grown less religious and more anti-government, inflicting an embarrassing defeat on him in the 2019 municipal elections. Atatürk’s secular legacy has proven more resilient than the Islamists expected.

The transformation of Hagia Sophia into a museum in 1934 was one of the cornerstones of Atatürk’s cognitive revolution. Ottoman Sultan Mehmet II had converted what was then the world’s greatest church into a mosque after his conquest of Constantinople in 1453, as a symbol of Muslim domination of his empire.

By reversing this highly symbolic act and by turning Hagia Sophia into a museum for all citizens to cherish, regardless of their faith, Atatürk challenged the sectarian hierarchies of the Ottoman era. It was also a gesture of peace and goodwill not only toward neighbouring Greece but also to other Christian nations that the Ottomans had fought for centuries. . .