Why Cavalry Reconnaissance Failed in August 1914 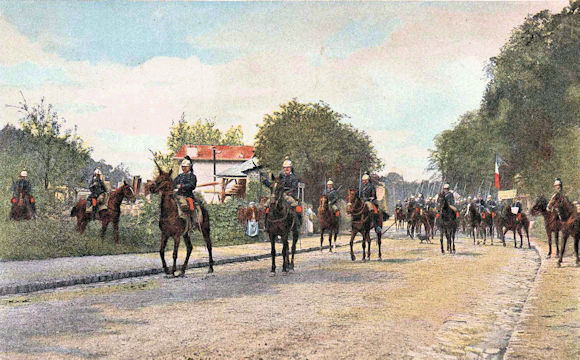 All armies entered the war with large bodies of cavalry. In 1914, reconnaissance was exclusively the realm of the horsemen, although cavalry had additional missions related to being a mobile strike force. In the opening campaigns, all sides made extensive use of cavalry as forward reconnaissance elements and flank security and counter-reconnaissance forces. In Belgium and France, the Germans weighed the largest portion of their horse soldiers to the large German flanking maneuver in Belgium. In spite of the employment of these units, both sides entered battle with a dearth of information about the dispositions of the opposing forces. While the German cavalry was successful in counter-reconnaissance, advancing infantry forces often found themselves suddenly opposed by unexpected Belgian or French resistance. On the other hand, defeating the German cavalry consumed the French cavalry to the extent that it was ineffective in both reconnaissance and counter-reconnaissance roles.

At the operational level, both the Germans and French used separate cavalry divisions usually, but not always, organized under a corps headquarters. These large cavalry units were supposed to move in advance of any infantry forces, and both prevented the enemy cavalry from determining friendly dispositions and defeating the enemy cavalry. Much attention was devoted to the enemy cavalry, less to determining the location of enemy forces, at least until the press of battle forced such concerns to the forefront.

In August 1914, both the French and Germans used their cavalry to screen the movements of their infantry forces and to discover the movements and dispositions of the enemy forces. [With the opening of hostilities] he German cavalry thought its main mission was to defeat the enemy cavalry. However, in the opening campaign, while at times German cavalry commanders attempted, unsuccessfully, to fight French cavalry mounted, the German command generally wanted its cavalry to systematically avoid combat with the enemy cavalry. French cavalry performance, particularly in the early weeks of the war, at times similarly failed to provide adequate reconnaissance for the following infantry. The French cavalry, although not fixed in its employment to supporting a detailed, prewar plan, was designated to advance forward of the French infantry. This, too, placed the cavalry at the operational level into a situation where it was reconnoitering too far in advance to the infantry, both in time and in space. This problem was exacerbated when Joffre delayed movements and advances based on revisions of the German situation, usually developed through the presence of German infantry discovered at certain points by civilian contacts or aerial reconnaissance. Unlike the German cavalry, however, and probably more as a consequence of the French being placed in the position of responding to German movements, their horsemen returned to previously cleared areas for second and third looks in the days between 6 and 19 August 1914. However, the French gained little knowledge of general German troop movements.

Both sides developed lessons from the cavalry operations of August 1914 on the Western Front. Both sides sought to use the mounted characteristics of its cavalry to maximum effect. However, this mobility required large spaces. Lacking space, as in the Ardennes and between two entrenched lines, cavalry could not effectively operate as a mounted arm. Defensive firepower made frontal attacks most difficult. Massed attacks on horseback became impractical, while firing dismounted became far more important than previously thought, particularly in the close terrain that dominated western European battlefields. 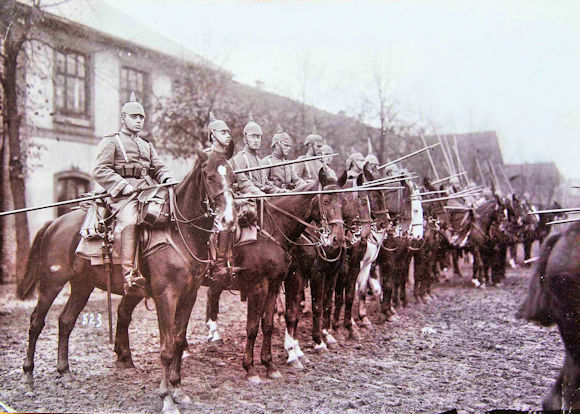 However, old ideas often died hard. At least one German cavalryman rationalized that the enemy had realized Teutonic-mounted superiority and deliberately sought to take advantage of close terrain to negate this advantage.

The German cavalry divisions were saved by the attachment to them of the Jäger battalions, originally designed for mountain or forest warfare, but left with no use for their unique skills in German war plans. However, while this was recognized to a point at the time, German cavalry observers still insisted that mounted cavalry could operate alone to conduct operational intelligence.

Aerial reconnaissance complemented ground units. In fact, in August 1914, airplanes, particularly on the French side, rather than ground cavalry units, obtained most of the significant intelligence. However, aviation had several disadvantages. The planes were short ranged and required changes of base when operating with cavalry in a reconnaissance role, as in August 1914. The aviation support elements frequently could not keep up and, in at least one instance, resulted in the planes not being able to conduct an important mission. While generally beyond the scope of this work, after the failures of cavalry in the mobile campaigns of August and September 1914, and the subsequent development of the trench lines, when the weather was good, airplanes in effect provided the only available reconnaissance. 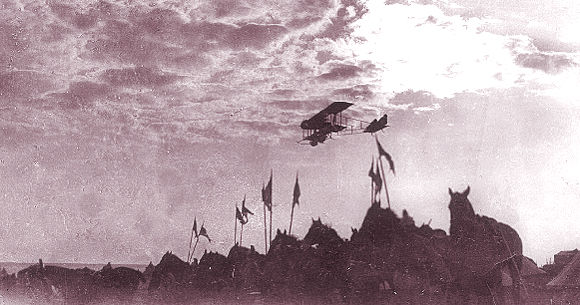 After August 1914, the use of cavalry as a reconnaissance force atrophied with the onset of trench warfare. The creation of continuous lines of entrenchments and the mass use of artillery relegated most reconnaissance missions to the nascent air forces deployed on both sides. As the war progressed, the Germans converted most of their large prewar cavalry to infantry, while the British and French retained mounted units not for reconnaissance but to pursue the enemy once the long expected breakthrough occurred. Over time, the airplane or the infantry patrol replaced the horseman in this role. In the few places where cavalry was still used later in the war, it was treated as mounted infantry more than as the reconnaissance force, prized primarily for its operational mobility. Cavalry was so irrelevant by 1918 that U.S. forces fielded only one small cavalry unit in the two major campaigns in which the American Expeditionary Force participated.