Le Pèlerin was a French weekly journal founded 1873 by the Roman Catholic Assumptionist order of priests. Naturally, during the Great War it covered its events extensively. Most of the work covered the troops and the fighting, but they also wanted to show the Church's support of the war and published a number of images and articles about priests (who were not exempted from serving and fighting) participating in the war. 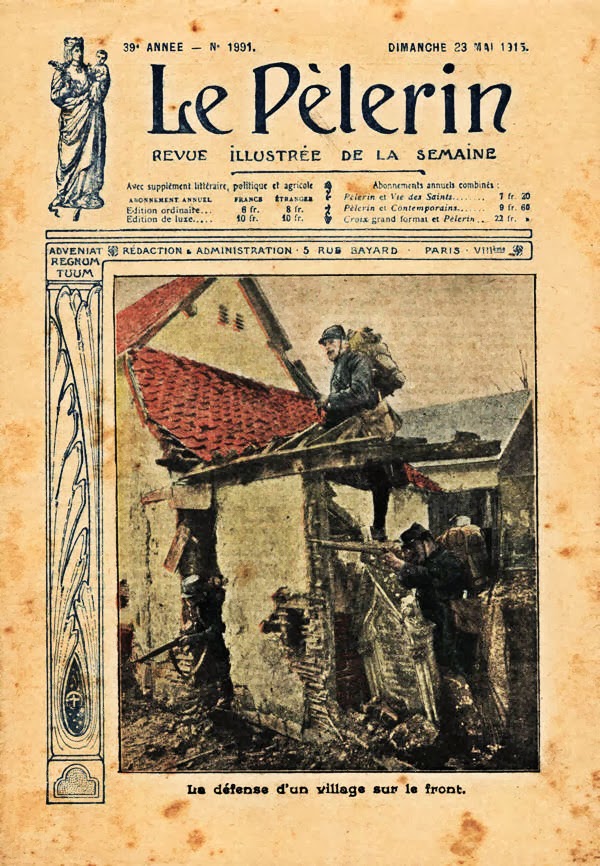 Le Pèlerin was published by the Catholic press and as such was chronically underfunded. That meant a lot of amateur contributions, volunteer work, and underpaid professionals to do work the less technically adept could not perform. And it also meant pushing parishioners and Catholic schools to buy the magazine. Publications like Le Pèlerin were printed in the cheapest manner possible using a cheap off-set procedure with large rasters, almost like in newspaper printing. They used photographs as covers and then hand-colored them to give a semblance of quality. The quality of this colorizing varied greatly. 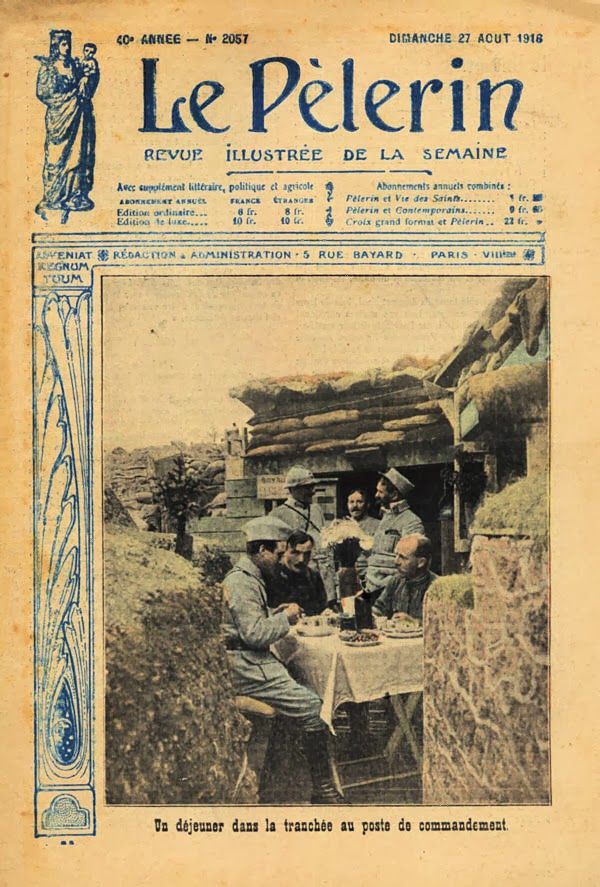 In France, and to a large degree in Belgium, priests were not given religious deferments in order to avoid military service. They were called up in the same manner (in peacetime) as other civilians and had no special status as such. If they were a student at a university or other institution recognized by the state, they would be given student deferments (before the war), but afterward were drafted all the same. They received no special deferments or treatments as such. Nor were there military chaplains before the war. 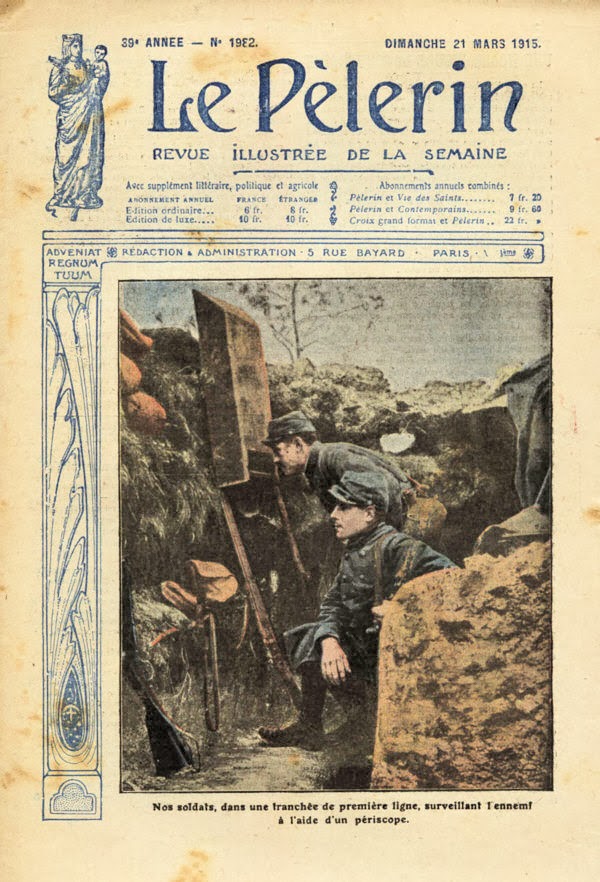 In fact, when priests or candidate priests were called to service, they had a high chance of being the recipient of many a degrading task and were more than likely to be made fun of, have their noses rubbed in the crude and coarse way that soldiers lived in barracks or amused themselves when at liberty. Their comrades would be sure to teach them all the crude facts of life and pleasure when in some remote and dreary garrison town. This was often to a degree somewhat beyond the usual hazing inductees have to go through, as many French were vehemently secular and anti-religious in their outlook. 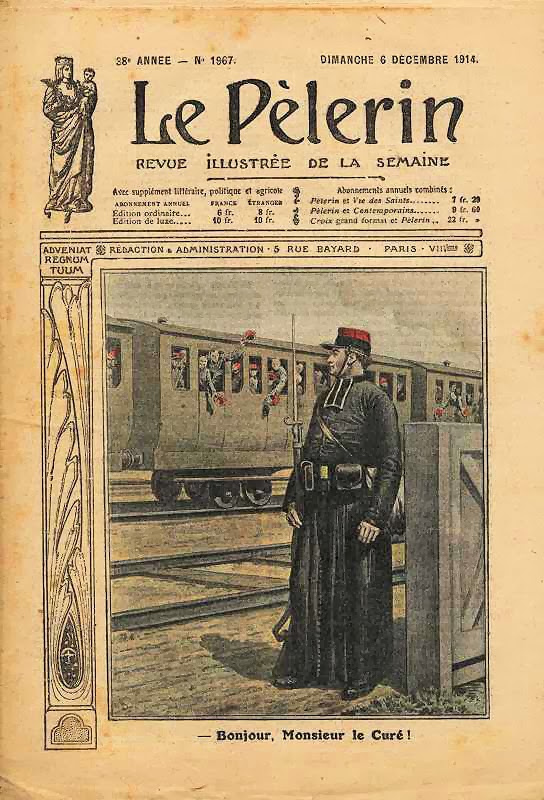 During the war, however, due to the general feelings of national solidarity in adversity and the unity displayed by the Union Sacrée, the wartime coalition government of secularists and Catholics, less animosity was displayed by army authorities to priests in service. They were often given duties as stretcher bearers for instance and would act as unofficial chaplains of sorts. And the higher church authorities also cultivated their patriotic image. 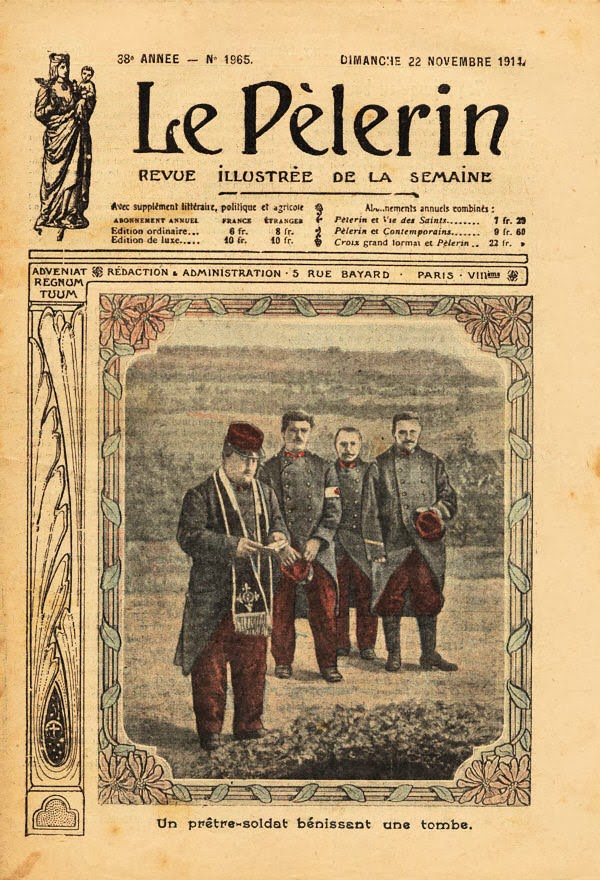 This worked fairly well, as the French could portray themselves as a Catholic nation, compared to the overwhelmingly Protestant make-up of Germany. Bavarians, though, were mainly Catholics, which is why there was often less animosity between the two in general.