Over a decade ago, commentator Paul Berman shared this view on the Great War's influence. 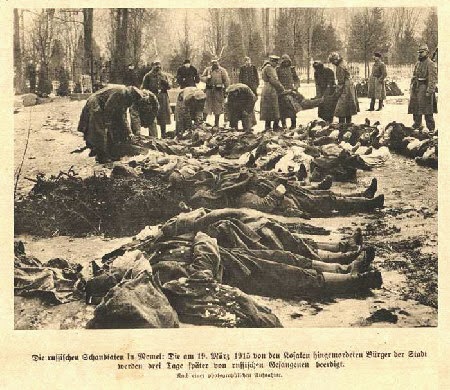 It becomes ever more obvious that the First World War was the great trauma of modern civilization. Something huge cracked in the First World War and has never been repaired. Out of the First World War came a series of rebellions against liberal civilization. These rebellions were accusations that liberal civilization was not just hypocritical or flawed, but was in fact the single great source of evil or suffering in the world. . .Behind all the movements that made these proposals was a pathological fascination with mass death. Mass death was itself the principal fact of the First World War, in which 9 or 10 million people were killed on an industrial basis. And each of the new movements proceeded to reproduce that event in the name of their utopian opposition to the complexities and uncertainties of liberal civilization. The names of these movements varied and the traits that they displayed varied — one was called Bolshevism, and another was called Fascism, another was called Nazism . . . My argument is that Islamism and a certain kind of pan-Arabism in the Arab and Muslim worlds are really further branches of the same impulse.


Editor's Note: I occasionally try to present thought-provoking ideas for our readers without either disputing them or endorsing them.  MH