Tomorrow is the anniversary of the start of the Meuse-Argonne Offensive in 1918. Summarized here is that 47-day struggle that helped end the Great War. 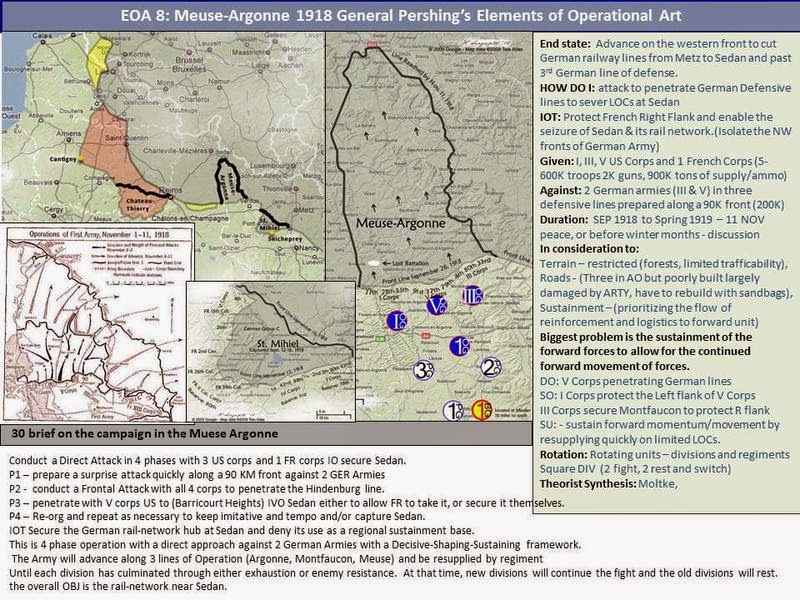 I desire to submit the following estimate of the situation:

From numerous indications and reports it is apparent that an enemy attack, mainly American, is imminent against the south front of Composite Army C; lately such an attack also appears to be shaping against its west front. Such an operation seems highly probable in view of the general situation. . .it is obvious that the enemy will attempt to find a vulnerable point, not only of our front but of our country, which can be reached more easily and quickly. Such an opportunity would be offered by invading LORRAINE. The enemy would be on coveted soil which he wants to liberate, he would threaten one of our most important lines of communication, as well as the SAAR coal and industrial region. Moreover a sally from the region of VERDUN offers the prospect of paralyzing our utilization of the BRIEY Basin and would likewise endanger one of our most important lines of communication. The two operations combined, enveloping METZ, would drive a wedge into our country which would not only be effective, but which also would seriously influence the conduct of the fighting on the northwest front, in a manner that would prove to be less expensive to the enemy than an attack on that front.

Therefore I consider it a probability to be deduced from the general situation that the large-scale battles on the west will soon be followed by events of equal, perhaps decisive, importance on the fields of LORRAINE. Now, it may be objected that the gates of invasion have been open to the enemy for a long time, without his using them. But here-to-fore the enemy had no forces available for this purpose. Now he can afford such a large- scale assault--without inadmissibility stripping the English-French front--[by using fresh American troops]. 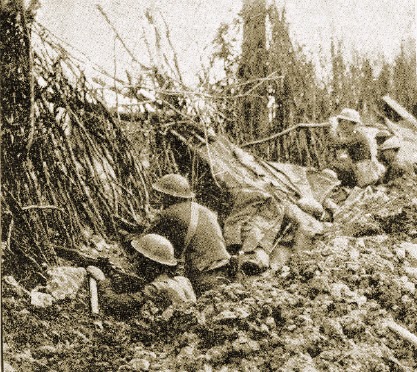 2.
The Americans are here.  We can kill them but we can't stop them

3.
The enemy is continuing his attack on Meuse Group-West but, until now, he has not gamed any successes worth mentioning, [however] 2. It is again urgently emphasized that it is vitally important to the entire Western Front that the positions of the Fifth Army be held.

4.
It would seem that our troops are not well organized for an attack.  The gaining of the objectives for the present, does not seem possible without undue losses unless time is taken to reorganize and prepare for a concentrated, simultaneous attack.

5.
Fighting east of the Meuse was particularly violent today. It almost forced the Fifth Army to employ its last reserves on the battle front. The situation was serious. There were no reserves available worth mentioning. On the other hand a continuation of the enemy’s attack with fresh forces would be expected with certainty. In the afternoon the commander of the Group of Armies reported this * * * to Supreme Headquarters and requested additional reinforcements, stressing the special importance of the Fifth Army front, 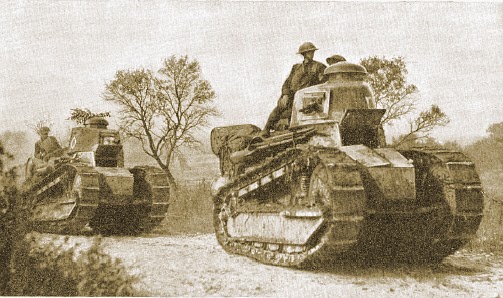 In the V Corps sector alone, the 2nd Division had 236 divisional guns, the 89th Division had 208 guns, and they shared 152 corps guns,  that were put under corps direction. This was spread on an eight-kilometer front, giving the corps an artillery density of one 75mm gun for every 29 meters, a 155mm or 8-inch howitzer for every 39 meters and a 105mm or 155mm gun for every 69 meters of front. The division also had a battery (12) of 6-inch Newton mortars and a number of gas projectors.

Over the Top Article

7.
Owing to the deep penetration effected today by the enemy [the sector of Meuse Group-West, in Bois de Belvall [south of Beaumont], the Army ordered withdrawal of the main line of resistance in Group Argonne and in Meuse Group-West ...

8.
"So I must really say that the British food blockade and the American blow in the Argonne decided the war for the Allies." [and that]  "... without the American troops and despite a food blockade... the war could have ended in a sort of stalemate."