The Reasons America Went to War: The Official Position 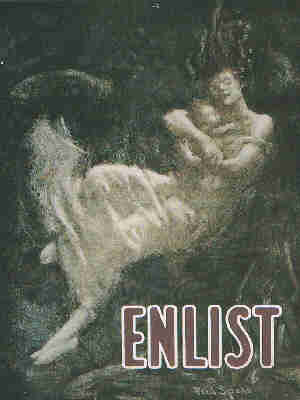 In 1918, an arm of the American government in order to assure continued public support for the war effort published the "Reasons" why American chose to enter the World War. Since this was done by a U.S. Government-funded and -supervised organization, these carried the weight of "official" pronouncements. The organization responsible for distributing this information was called the Committee for Public Information which played a number of roles for the American government during the war, including serving as a propaganda ministry. Below is a clearly stated list of reasons for America declaring war expressed with some florid language of the propagandist. Nevertheless, this clearly summarizes what the citizenry was told about why their nation was fighting a costly war.


This 1918 list does not include much about matters of realpolitik, barely hinting at such things as any calculation of national interests, President Wilson's post-hostility intentions, or any recognition that some of the 1917 assumptions behind the decision to join the fray were less than "spot on." On this last matter, a new form of  international mischief was now germinating in the land of one of the nation's original wartime associates, where the fall of autocratic "tsarism" in March 1917 and its replacement by the now failed quasi-democratic Provisional Government had apparently removed one of the obstacles to America joining the war on the Allies' side. I guess it is no great discovery that official government statements are not always complete, accurate, or fail to point out earlier miscalculations.

The brainchild of muckraking journalist George Creel, the Committee for Public Information was an overt propaganda bureau during the First World War and succeeded in that role. The country remained, by and large, behind the war while it was being fought, the idea of the press or politicians with an ideological agenda undercutting the troops in the field remained utterly unthinkable, and — contrary to what is sometimes alleged — there was no government-led bashing of German-heritage citizens. The committee, however became huge, influential, and probably inevitably, quite unpopular. The public, Congress, and even the president came to resent the intrusiveness of the committee.

Their pamphlet The Study of the Great War was the source of the material in this article. A branch of the committee also supervised production of all the American war posters of the war, such as the example above. MH