In Their Own Words: The Pilots of the Lafayette Escadrille 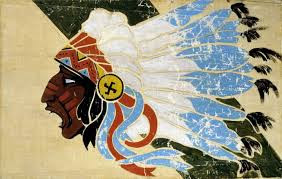 They were the precursors of the mighty awakening of the west—of that gigantic effort of America—unparalleled in history—the greatest of all crusades—where every qualified man was enrolled under the Stars and Stripes, for no selfish aim, for no world-conquest, but for the great ideals upon which civilization depends and for which the entire resources of the nation were unsparingly contributed to assure victory.
Captain George Thenault, Commanding Officer of the Lafayette Escadrille

I am paying my part of our debt to Lafayette and Rochambeau.
~ Kiffin Rockwell


Since the formation of the American Escadrille, I have tried to exalt the beauty of the ideal which brought my American comrades to fight for France.


If I die, wrap me in the French flag, but place the two colors upon my grave to show that I died for two countries.
Edmond Charles Clinton Genet, Lafayette Escadrille pilot—KIA 1916

The first pass convinced me that I was in the presence of a master. This was no laughing matter. Banking my airplane, I saw him about fifty meters below me. He pulled up in order to bait me into making a loop, which would have left him in a good position to fire a volley, but I countered with a half reverse to the right.
Raoul Lufbery, leading Lafayette Escadrille ace—KIA with U.S. Air Service, 1918

I muttered a prayer, yanked back on the stick and hoped. The poor old SPAD groaned, the wires shrieked and every spar bent like an archer’s bow. The agony nearly finished me for a few seconds, but everything hung together somehow. I leveled off and looked back. That damned Hun was still after me, but he didn’t dare yank out as I had done. He had to ease out gradually and was several hundred meters below me before he could consider taking me on again. By that time I had my courage back, and boldly turned to fire a few bursts in his general direction.
Edwin Parsons, Lafayette Escadrille ace

He gave the fullest measure. The old flame of chivalry burned brightly in this boy’s fine and sensitive being. With his death France lost one of her most valuable pilots.
James McConnell remarking upon the death of his squadron mate, Kiffin Rockwell

The General Commandant-in-Chief, Cited to the Order of the Army, the Escadrille N. 124:

An Escadrille composed of volunteer Americans who have come to fight for France in the spirit of the purest sacrifice. Under the command of Captain Thenault, it has maintained without ceasing an ardent struggle against our enemies. In exceedingly difficult combats and at the price of severe losses, which far from discouraging it, have exalted its morale, has brought down twenty-eight officially confirmed planes of the enemy. It has excited the profound admiration of the officers who have it under their command, and the French Escadrilles who, fighting by its side, have striven to vie with it in various deeds.
General Philippe Pétain, 1917