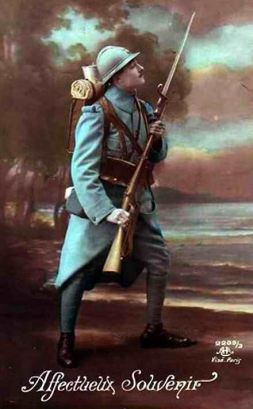 Each country had its own distinctive postcards, of course, including the Germany, but French postcards stand out from all the others and were especially popular. Given the miserable and unrelenting drabness of life at the front, these inexpensive trifles of charm and color, easily available in estaminets and stationary shops behind the lines, may well have seemed irresistible to soldiers just out of the trenches. 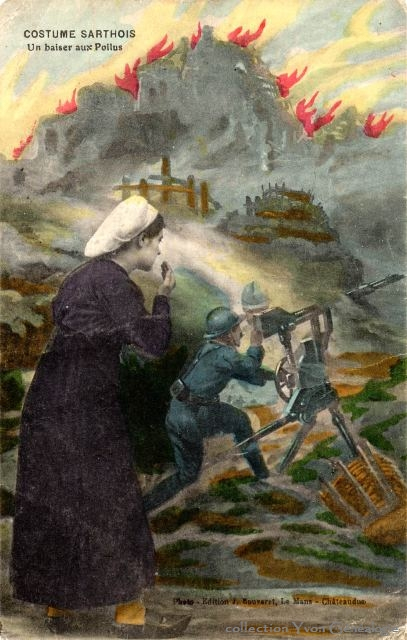 It is hardly necessary to point out the immeasurable distance between the fantasized image of the Poilus in these cards— with their scrubbed male models wearing immaculately laundered and pressed uniforms against picturesque battlefield backdrops in pleasing pastels—and the actual mud-encrusted, lice-infested Poilus they supposedly portrayed. These cards were fantasy, pure and simple. . .