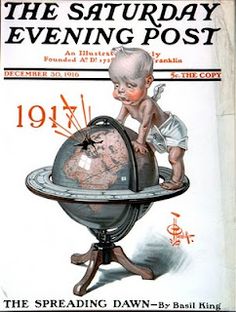 It had been 918 days since the assassination in Sarajevo. The war that it triggered had evolved dramatically over that time. What started out as a European civil war had quickly morphed into a world war, fought in multiple continents and on all the planet's oceans. Then the demands of modern industrial scale war combined with new weaponry deepened the struggle into total war, involving the entire populations and economies of nations. Civilians, their factories, and their communities were now considered fair targets.

Strangely, the Great War continued to metastasize. The blood lettings and resource draining of the 1916 campaigns—Verdun, the Somme, the Brusilov Offensive, and more—promoted the undermining of the legitimacy of the governments now clearly depopulating and draining the wealth of their countries through their policies. The life and death of nations and empires would be the stakes of the 1917 Game of Thrones.

Probably few of the monarchs, politicians, and aristocrats who were toasting the New Year a hundred years ago anticipated that what came next was to be even more horrid in almost every respect than 1916. Perhaps a few months later, however, when the Romanov dynasty fell during the February Revolution—the first of four royal houses that would collapse due to the war—they would experience a premonition of impending doom. Then again, maybe they were just as surprised and puzzled as everyone else when things began utterly collapsing.