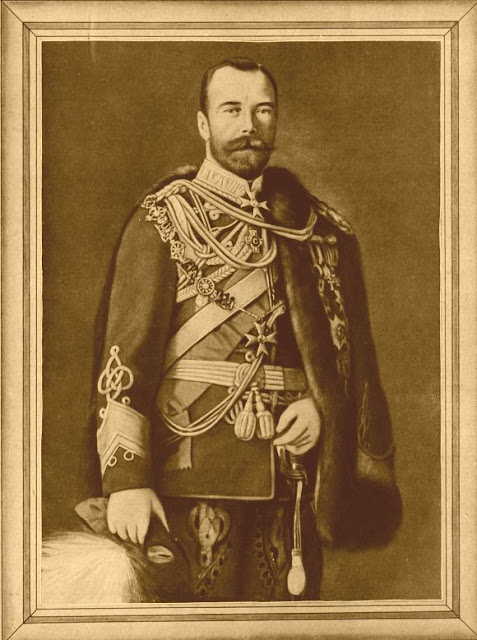 To the Chief of Staff


In the days of the great struggle against the foreign enemy, which almost for three years has tried to enslave our country, God the Lord has seen it fit to send Russia a new ordeal. The arisen internal disturbances among the people will threaten to have a disastrous reflexion in the further conduct of the obstinate war. The fate of Russia, the honor of our heroic army, well-being of the people, the whole future of our dear Fatherland demand the war to be brought to the victorious end by whatever means. The cruel enemy is straining its last strengths and already close is the moment, when our valiant army together with our glorious allies will finally be able to break down the enemy. In these decisive days in the life of Russia WE have considered it to be the duty of conscience to facilitate for OUR people the close unification and rallying of all national forces, for the earliest reaching of the victory, and with the consent of the State Duma WE have considered it right and proper to give up the Throne of the State of Russia and to resign OUR Supreme Power. As we do not want to part with OUR son, WE pass OUR legacy to OUR Brother, Grand Duke Michael Alexandrovich and bless Him to ascend the Throne of the Russian State. WE command OUR Brother to govern affairs of the State in full and inviolable unity with the representatives of the people in the legislative bodies on such grounds, which they will enact, and to make for that an inviolable oath. In the name of the warmly beloved homeland I call all true sons of the Fatherland to fulfill their sacred duty for Her by their obedience to the Tsar at a difficult moment of nationwide ordeals and help HIM, together with the representatives of the people, to lead the Russian State to the road of victory, prosperity and glory.

May God the Lord help Russia.