Georges Scott: Portraitist of the Poilu

Georges Scott is one of the great illustrators of the First World War. His work is of the highest quality and in his battle depictions he captures the dynamic element of war better than any artist I know of. His drawings of the trucks on the Voie Sacrée and the U.S. Marines fighting through Belleau Wood are unforgettable. However, what has struck me about Scott is  his series of sympathetic individual portrayals of his fellow Frenchmen, in the trenches, the Poilus. Here are some of his illustrations from the collection of our contributing editor Tony Langley, the commentary is also Tony's. 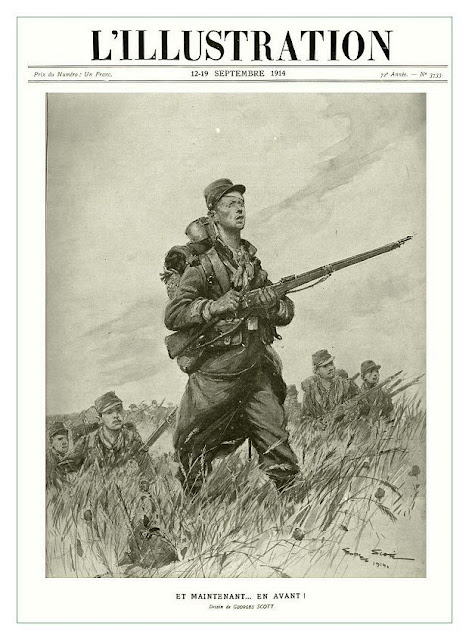 Georges Scott (a French citizen in spite of the  English-sounding name) was the son of an engraver and illustrator. He started his career in the 1890s and worked as war correspondent for the news magazine L'Illustration during the Balkan Wars of 1912–13. When war broke out  in 1914 he was mobilized into the French Army and was able to continue his work as artist-illustrator for that same prestigious publication, producing many renowned and now famous works dealing with the Great  War . 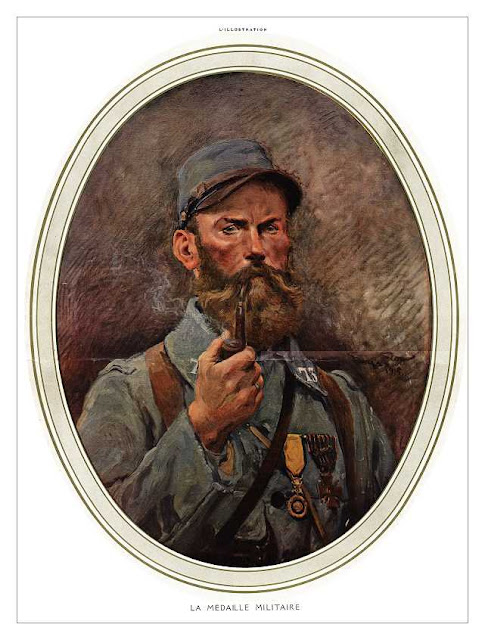 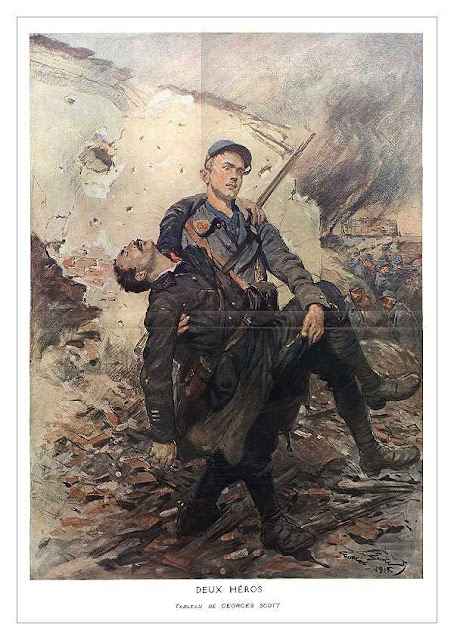 Georges Scott worked from sketches and photographs and also illustrated many heroic accounts he read about in newspapers. At times he was not above creating a fictional, but heroic, war scene. He was an  illustrator foremost, producing work especially intended for the news media. As such, his images were deliberately patriotic and inspiring, with an element  of 1870s Franco-Prussian War dash and glory thrown in for good measure. Then, again, much of his later war work was highly realistic and accurate with regard to conditions at the front. He produced work in varied styles, using various media such as  watercolors, chalk and pastels, or oil paints. 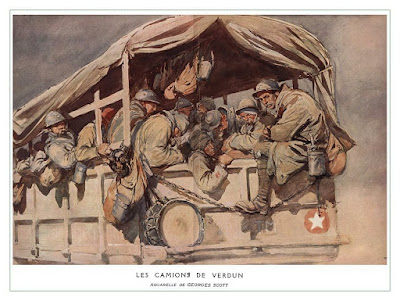 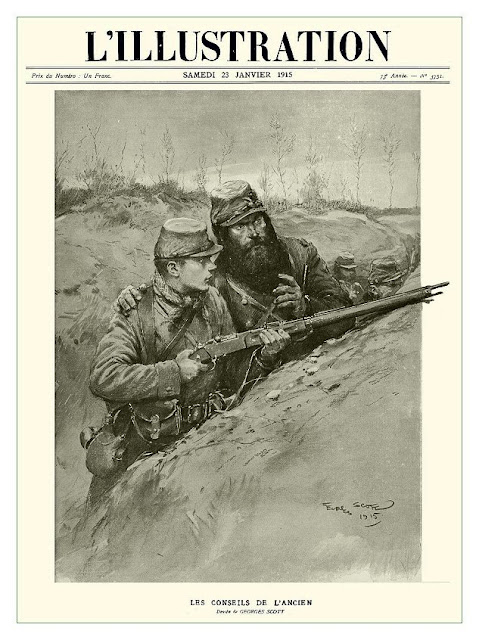 As with François Flameng, most of Scott's works were originally printed in lavish two-page color spreads in French magazines or as cover pages and were reprinted in magazines and books in many countries, both during and after the war. Even German magazines were not above reprinting his illustrations during the war, though with slightly less inspiring French patriotic captions. 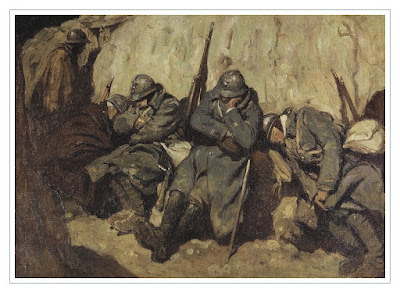 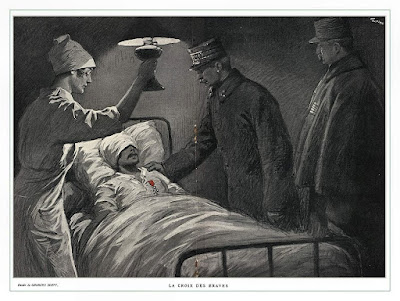 He continued a long and successful artistic career  after the Armistice, still working as a war correspondent/illustrator for L'Illustration during the Spanish Civil War at the age of 65 and afterward during the early part of the Second World War as well. Many of his original works are now in the Musée de l'Armée  in Paris and are still  regularly exhibited.