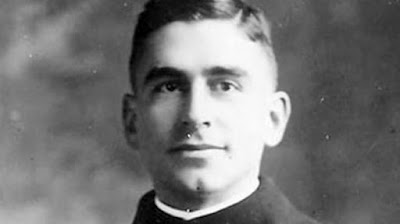 Naval Academy graduate and naval officer Edouard Izac’s remarkable odyssey began on 31 May 1918 when a German submarine torpedoed his ship, the USS President Lincoln, as it sailed near the coast of France. Most of the crew managed to escape, but Izac was captured and taken aboard the U-boat for the journey back to Germany. Unbeknownst to his captors, Izac was the son of German-speaking immigrants, and he used his knowledge of the language to collect vital information on German submarine operations.

Determined to get this intelligence to the Allies, Izac later made several failed escape attempts, including once diving out the window of a moving train. He finally pulled off a successful jailbreak in October 1918, when he scaled the barbed wire fence of his prison camp, stopping along the way to draw fire from the guards to allow other prisoners to flee. Izac spent the next several days sneaking through hostile territory and living off the land before swimming the Rhine River into the safety of neutral Switzerland. Though his information ultimately proved of little use so late in the war, he was awarded the Medal of Honor in 1920. Izak became a journalist in San Diego after the war and went on to serve several term as the district's congressman. At the time of his death in 1990, he was the last surviving Medal of Honor recipient from World War I.

When the USS President Lincoln was attacked and sunk by the German submarine U-90, on 21 May 1918, Lt. Izac was captured and held as a prisoner on board the U-90 until the return of the submarine to Germany, when he was confined in the prison camp. During his stay on the U-90 he obtained information of the movements of German submarines, which was so important that he determined to escape, with a view to making this information available to the U.S. and Allied naval authorities. In attempting to carry out this plan, he jumped through the window of a rapidly moving train at the imminent risk of death, not only from the nature of the act itself but from the fire of the armed German soldiers who were guarding him. Having been recaptured and re-confined, Lt. Izac made a second and successful attempt to escape, breaking his way through barbed-wire fences and deliberately drawing the fire of the armed guards in the hope of permitting others to escape during the confusion. He made his way through the mountains of southwestern Germany, having only raw vegetables for food, and at the end, swam the River Rhine during the night in the immediate vicinity of German sentries.