U.S. Monument to the Victims of the Tuscania and the Otranto Sinkings 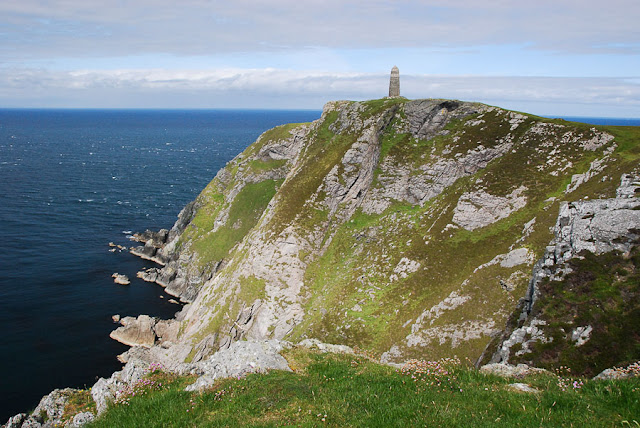 This American First World War Monument is located on a 429 feet (131 meters) high cliff near the southern most point of  the Oa Peninsula on the Isle of Islay.  It was dedicated  in 1920 by the American Red Cross, and was designed by architect Robert Walker. The monument commemorates the loss of two troop ships in 1918, the Tuscania and the Otranto and the location overlooks the very spot where the Tuscania sank. The monument is built in the shape of a lighthouse and is visible from many areas on Islay.

The Tuscania, a passenger liner, was on its way from New Jersey to the coast of France with 2,000 American soldiers and a crew of more than 300. At Halifax, Nova Scotia, they joined a convoy and entered the British waters between Islay and Northern Ireland on the 5th of February. The convoy was followed by a UB-77 German submarine which torpedoed the Tuscania. The direct hit on the Tuscania resulted in heavy damage, and she sank after a few hours, seven miles off the Islay coast near the Oa peninsula. An estimated 230 lives were lost in this tragedy. 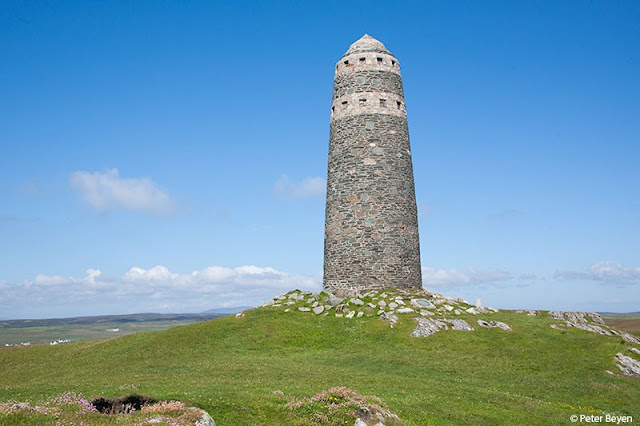 Eight months later, on 6 October 1918, another tragedy occurred only a few miles from the place where the Tuscania sank. The HMS Otranto was carrying troops from New York to Glasgow when it collided with the steamship HMS Kashmir during a heavy storm. This tragedy took place not far from Machir Bay on Islay's west coast. Over 400 lives were lost, both British crew members and U.S. servicemen.

The monument has two plaques. A large one on the east side of the monument, which looks like an entrance door, contains the following text:

Sacred to the immortal memory of those American Soldiers and Sailors who gave their lives for their country in the wrecks of the transports Tuscania (February 5th 1918) and Otranto (October 6th 1918). The monument was erected by the American Red Cross near the spot where so many of the victims of the disasters sleep in everlasting peace. 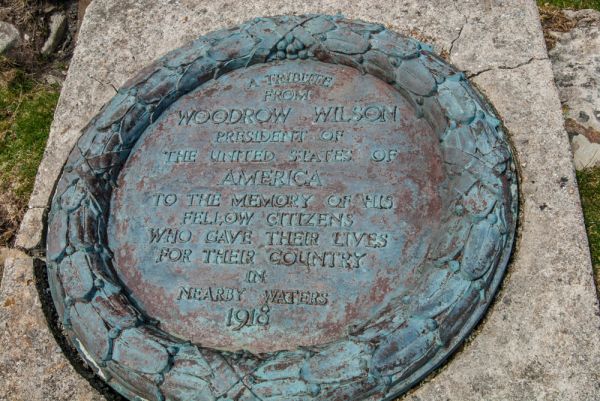 This smaller plaque on the seaside in front of the monument reads:

A Tribute from Woodrow Wilson, President of the United States of America. To the memory of his fellow citizens who gave their lives for their country in nearby waters, 1918.