Images of Australians on the Western Front

Most Australians deaths during World War I were on the Western Front, 45,000 out of about 60,000.  However, Gallipoli and the subsequent focus on Anzac Day for commemorative purposes, has led to something of understatement  of that nations contributions in the war's most important theater.  Interestingly, this is not so much the case for their ANZAC partners from New Zealand, whose triumphs at Messines in 1917 and at Le Quesnoy in war's last days are well-acknowledged.  For the Australians, however, even down-under historians—with the exception of Robin Prior and Trevor Wilson—seem to understate their work at the Somme and Passchendaele.

It's harder to neglect the Aussies work in 1918, though.  In March and April, they plugged the gap at Villers-Bretteneaux,  played a critical role (with the Canadians) in the Battle of Amiens, and (with a little American help) broke the Hindenburg Line at the St. Quentin Canal.  One writer that did just to the Australian  Corps was its commander, the brilliant strategist and tactician, Lt. John Monash, who wrote an excellent memoir, The Australian Victories in France in 1918, available online at: http://gutenberg.net.au/ebooks13/1302421h.html

One of the best things about this work is that it is well mapped and highly illustrated.  Here is a selection of the photos all featuring Australians in action on the Western Front. 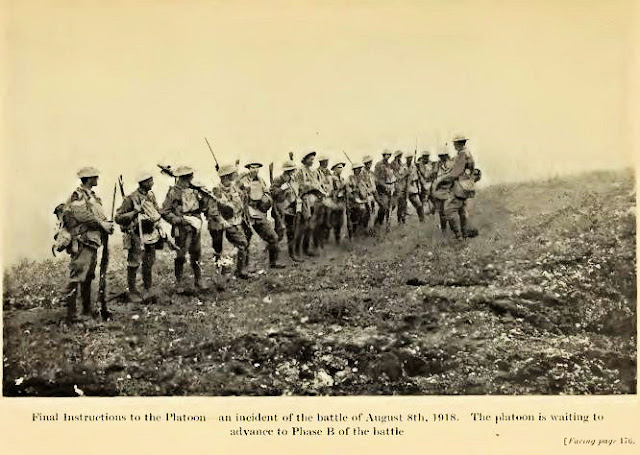 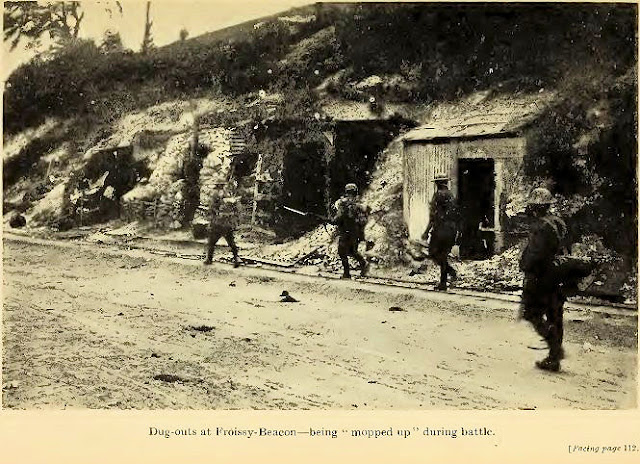 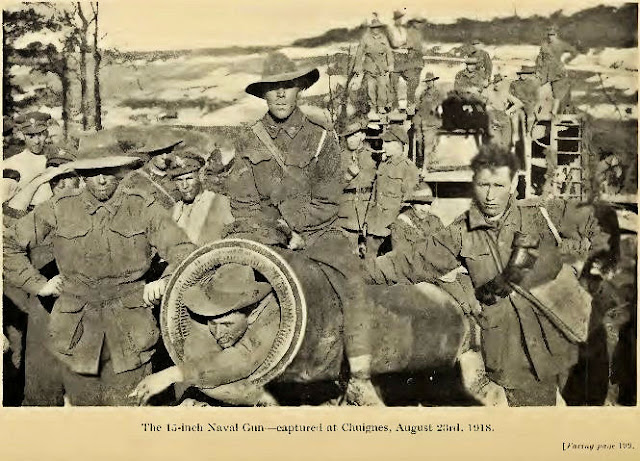 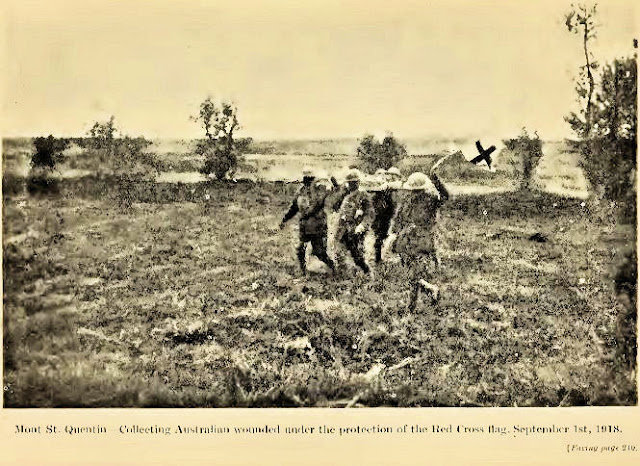 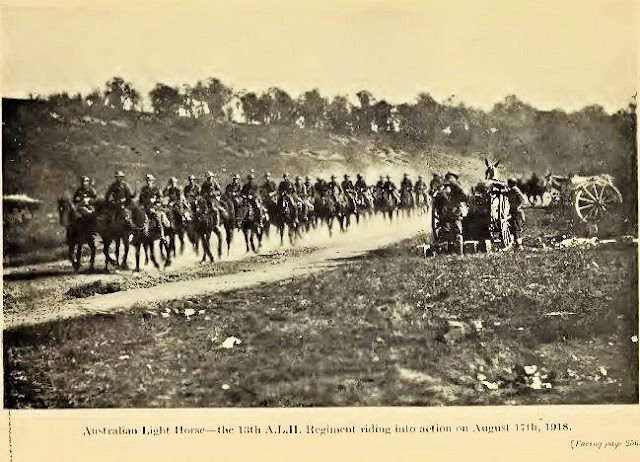 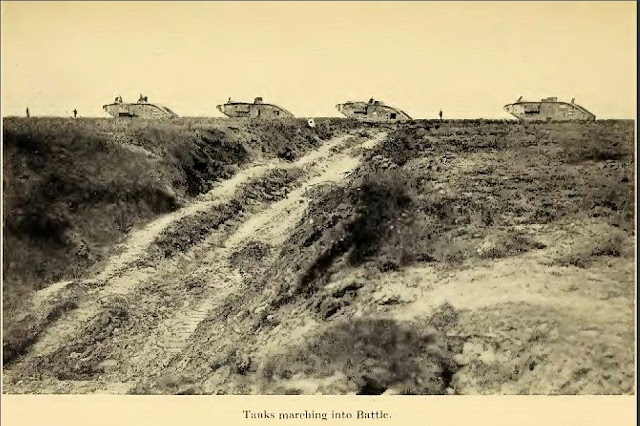 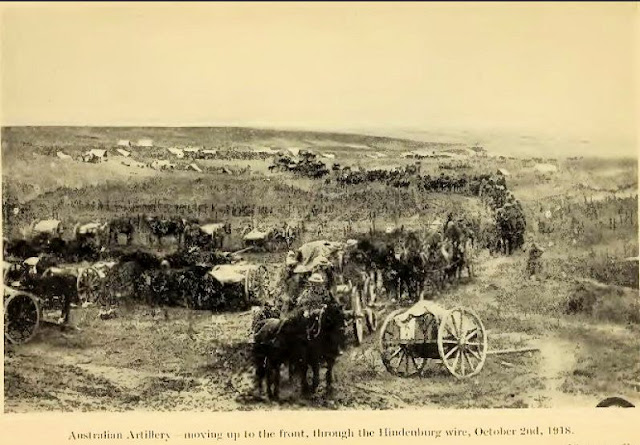 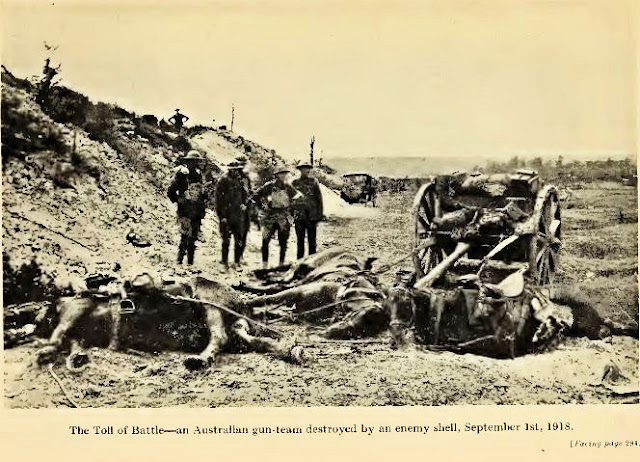