Who Was Admiral Friedrich von Ingenohl? 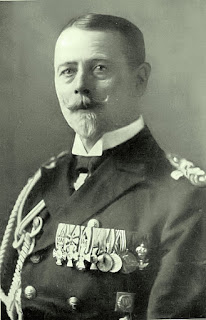 Admiral von Ingenohl (1857–1933) was actually Germany's first commander of the High Seas fleet during the war. He tried to develop a scheme for using the Kaiser's "Luxury Fleet" to engage the Grand Fleet in a quick, decisive action. However, he was frustrated by the Kaiser's unwillingness to endanger his capital ships in a major action against the numerically superior British.

His early efforts involved coastal raiding, laying mines, and depending on the U-boats. Naturally, he was accused of inaction. His star began to wane with the annihilation of von Spee's squadron in the Battle of the Falklands, and his lack of support of Hipper's force at Dogger Bank in January 1915 lost him the confidence of the battlecruiser captains. He was replaced by Admiral Hugo von Pohl in February 1915 and reassigned to the Baltic.  Later, though, he would receive much credit for the combat readiness the High Seas Fleet displayed during the Battle of Jutland.

A Battleship Squadron of the High Seas Fleet Under Way 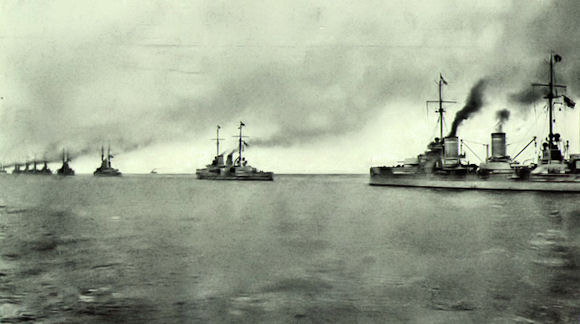