The Greatest Balloon Buster of the War 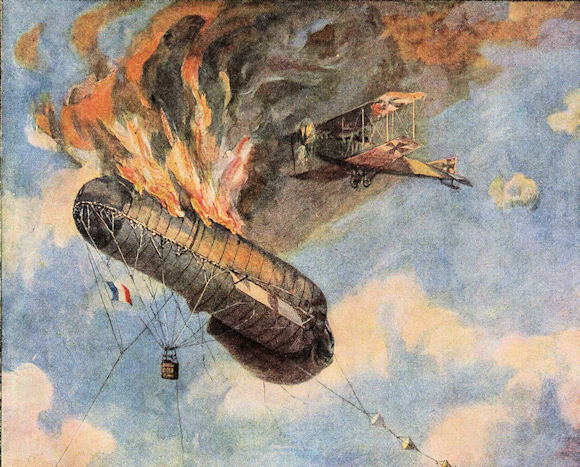 Readers are probably familiar with the exploits of Lt. Frank Luke of the 27th U.S. Aero Squadron, who made a specialty of attacking highly defended enemy observation balloons, earning him the nickname of "Balloon Buster." The Arizonan shot down an amazing 14 balloons, plus four fighters, during just ten sorties in September 1918. However, his spectacular career was brief. Luke was shot down and killed on 29 September.

The leading balloon buster of the war was actually a Belgian pilot, Willy Coppens, who, in little over a year, destroyed 37 observation balloons and possibly six more that were unconfirmed officially. His intense and dangerous war service ended in October 1918, when he was hit by flak while trying to down his second balloon of the day. His left leg was smashed and had to be amputated, but he lived until 1986. Some of our readers have told me about meeting Willy; he became one of the grand old men of World War I aviation.