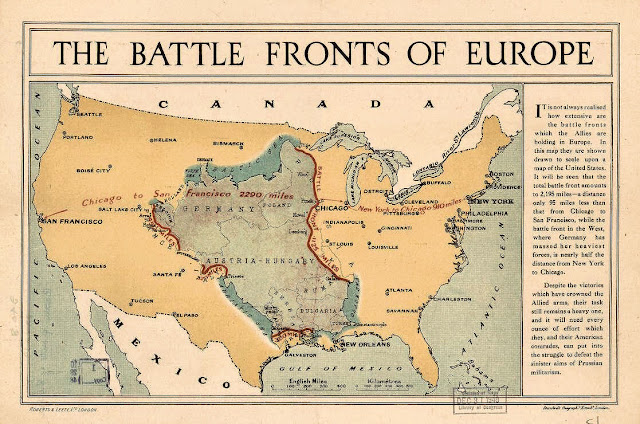 This map from the Library of Congress collection was created by British cartographer Edward Stanford during the war.  It gives Americans the scale of the war being fought at that time.  Also, it must have been eye-opening to Europeans.  It has been my experience traveling to Europe,  the U.K., and Ireland that many folks there, especially those who have never traveled to America don't quite grasp how large it is. I would guess that effect might have been greater in 1917 than now.