Recommended: Alfred Thayer Mahan and the Coming of the First World War 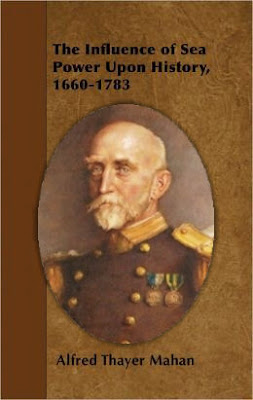 ...A united Germany was the most important geopolitical development of the second half of the 19th century in Europe. The Kingdom of Prussia, under the guiding genius of Otto von Bismarck, waged three short and successful wars between 1864 and 1871 to establish the German Empire in the center of the continent. As Germany’s Chancellor, Bismarck spent the next twenty years using his considerable diplomatic skills to maintain the general peace of Europe. But diplomacy, no matter how skilled, could not overcome geopolitical realities. The soon-to-be prime minister Benjamin Disraeli in 1871 remarked that the creation of the German Empire was “a greater political event than the French Revolution of the last century...You have a new world...The balance of power has been entirely destroyed.”

One of the few American observers to appreciate the significance of a united, strong, and growing German power in Europe and the threat it posed to the global balance of power in the early twentieth century was Alfred Thayer Mahan. Born in 1840 at the United States Military Academy at West Point where his father was an instructor, Mahan graduated from the U.S. Naval Academy and served in the Union Navy during the American Civil War. Mahan subsequently taught at the Naval War College in Newport, Rhode Island, and later served as the college’s president. In 1890, after reading Theodore Mommsen’s multi-volume History of Rome which noted the importance of control of the Mediterranean Sea to Roman predominance, Mahan wrote The Influence of Sea Power upon History 1660–1783, a book that earned him international fame as a naval strategist and historian. Three years later, Mahan wrote a two-volume sequel entitled The Influence of Sea Power upon the French Revolution and Empire. In that book, Mahan recounted in Thucydidean fashion how the growth of French power in Europe under the Jacobins and later Napoleon caused fear among lesser powers and resulted in the formation of coalitions, supported by British sea power, to prevent French hegemony on the continent. Reflecting on the importance of sea power and the British Navy to containing French ambitions, Mahan wrote that it was “those far distant, storm-beaten ships...that stood between [France] and the dominion of the world.”

Mahan also wrote numerous articles on contemporary international events for such influential publications as the Atlantic Monthly, Harper’s Monthly, the North American Review, Century Magazine, McClure’s Magazine, the British journal National Review, Scribner’s Magazine, and Collier’s Weekly, as well as several books that analyzed the geopolitics of the pre-World War I world, including The Problem of Asia and The Interest of America in International Conditions.

In an article entitled “The Persian Gulf and International Relations,” written twelve years before the outbreak of the First World War, Mahan warned that “the German empire is restlessly intent ...upon self-assertive aggression with a view to territorial aggrandizement in more than one part of the world.” He perceived that Germany was gaining on Great Britain in economic and commercial matters and speculated that their relative power positions in Europe “may be seriously modified.” It was essential to the European balance of power, he explained, that Germany be in “immediate contact with powerful rivals” on the continent.

In a July 1906 letter to President Theodore Roosevelt (with whom he frequently corresponded), Mahan noted that Germany’s “ambitions threaten us as well as Great Britain.” Mahan’s focus on Germany as a potential threat to the European and world balance of power resulted from an analysis of several factors, including: Russian weakness as manifested in the Russo-Japanese War of 1904-05; Germany’s central geographic position in Europe and her alliance with Austria-Hungary; Germany’s relative growing population, efficient organization, and industrial power vis-à-vis France; and German assertiveness on the world stage evidenced by her navy’s bombardment of Venezuelan forts in 1903, the Moroccan crisis of 1905, the German-British naval arms race, and Kaiser Wilhelm II’s saber-rattling speeches.

Mahan’s sense of foreboding about a possible great power war in Europe triggered by German ambitions was most evident in his 1910 book The Interest of America in International Conditions. He began the book by reviewing previous challenges to the European balance of power by Spain under Phillip II and Charles V, and by France under Louis XIV and Napoleon...