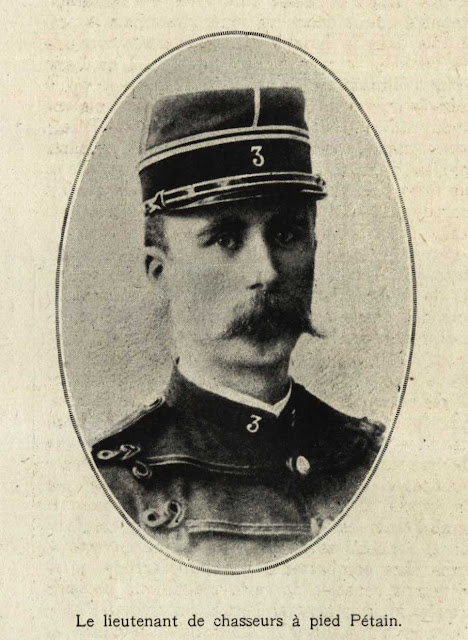 
History almost overlooked Pétain. At the beginning of the fateful year of 1914, he was a colonel of infantry, commanding a line regiment garrisoned at Arras. Then 58, he had been a Regular Army officer for over 35 years and was on the verge of retirement. Indeed, he had already picked out the little house (at St. Omer) in which he would spend his "declining" years.

Among the proverbially agile-minded French, the large and taciturn Pétain never gained much of a reputation as a great thinker. Such indeed is the hard fate of the introvert. Yet, this plodding and painstaking soldier had the independence of to differ with prevailing  military doctrines and the moral courage to stand openly—and almost alone against the tide of opinion.

It was just after the turn of the century when the French General Staff assigned Pétain to an instructorship at the small-arms school at Chillons. Originally expecting no difficulties with the soft-­spoken newcomer, the staff at Chillons was suddenly shocked to hear him expounding a concept of small-arms employment diametrically opposed to views long held by the French officer corps. Until this time, it had been agreed that the most efficient use of small-arms fire lay in scattering it all along the front. Setting his face against this concept, Pétain argued uncompromisingly for concentration of fire power. So well did he argue his case with his startled colleagues that his embarrassed superiors—anxious to restore harmony on the faculty—offered the heretic a post of his choosing elsewhere.

Before long, the Army tried him again as an instructor, this time as a teacher of infantry tactics at the Ecole Superieure de Guerre. During several years in the classrooms of this famous staff school, Pétain won a complete hearing for his personal views on modern warfare. In his lectures he indulged his advocacy of directed and concentrated fire of all weapons to the fullest. It was largely as a result of Pétain's arguments that the French Army in 1910 accepted the principle of infantry-artillery liaison.

However, Professor Pétain developed other ideas which earned him few friends among those holding the power of promotion over him. To an officer corps passionately devoted to the principle of the impetuous and irresistible offensive brutale à outrance, Pétain frankly preached his defensive heresy: "the salutary fear of enemy fire"; the conservation of manpower; the essential superiority of the defensive; and the efficacy of well-timed counterattacks once the aggressor has worn his ranks thin. 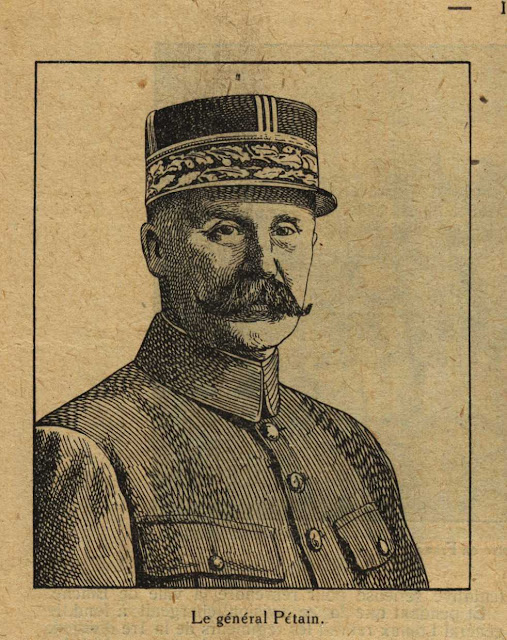 To the vast majority of French officers, this was nothing less than an invitation to disaster. Besides, many protested, it did not accord with the national personality. Pétain's generation had seen the rise of united Germany and the disasters which overwhelmed defensive-minded French armies in the Franco-Prussian conflict of 1870–71. The next time the Germans attack—French officers continually told each other—we Frenchmen will also attack, and the sheer impetuosity and courage of our onslaught will so stagger the methodical Germans that they will not be able to carry through their rigid and complicated plans. Not for Frenchmen this creeping into fortified places and waiting for the German to draw his noose of siege lines around them. Not for Frenchmen what General Joseph Jacques Cesaire Joffre scouted as the "strategical offensive and tactical defensive."

And Joffre, who became commander-in-chief designate  in 1911, had prepared a plan to meet the next German aggression against France. Plan XVII represented the last stage of the recasting of French strategy from the defensive-mindedness of the 1870s to the aggressiveness of the 1900s. Where Philippe Pétain found himself as Plan XVII was initiated was discussed in our earlier article:


The Critical Period in Pétain's Ascendancy