Published in the educational resource Repères produced by the Centre Européen Robert Schuman, the three pie-chart graphs below provide a proportional sense of the relative suffering caused by the war among alliances, countries, and military vs. civilians. First, here some introductory comments the author has provided. Note that deaths from the Spanish influenza pandemic are not included in the figures.

The total number of military and civilian casualties in World War I, was around 40 million. There were 20 million deaths and 21 million wounded. The total number of deaths includes 9.7 million military personnel and about 10 million civilians. The Entente Powers (also known as the Allies) lost about 5.7 million soldiers, while the Central Powers lost about 4 million.

Estimates of casualty numbers for World War I vary to a great extent. Military casualty statistics listed here include combat-related deaths as well as military deaths caused by accidents, disease, and deaths while prisoners of war. Most of the casualties during WWI are due to war-related famine and disease. Civilian deaths due to the Spanish flu have been excluded from these figures, whenever possible. Moreover, civilian deaths include the Armenian Genocide. 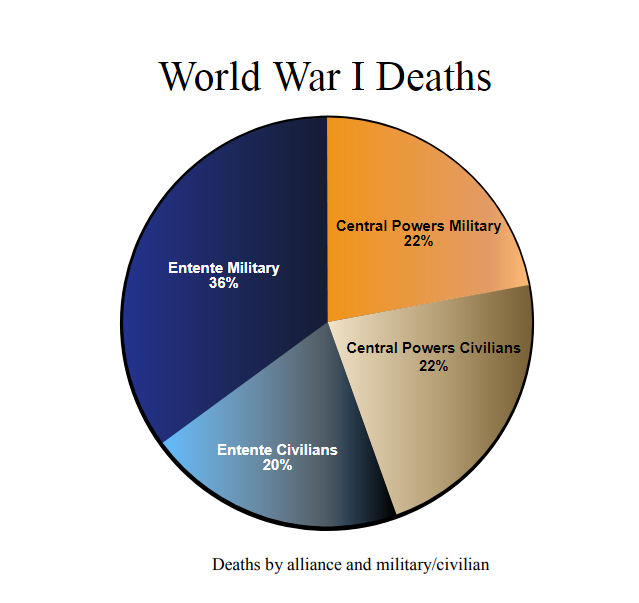 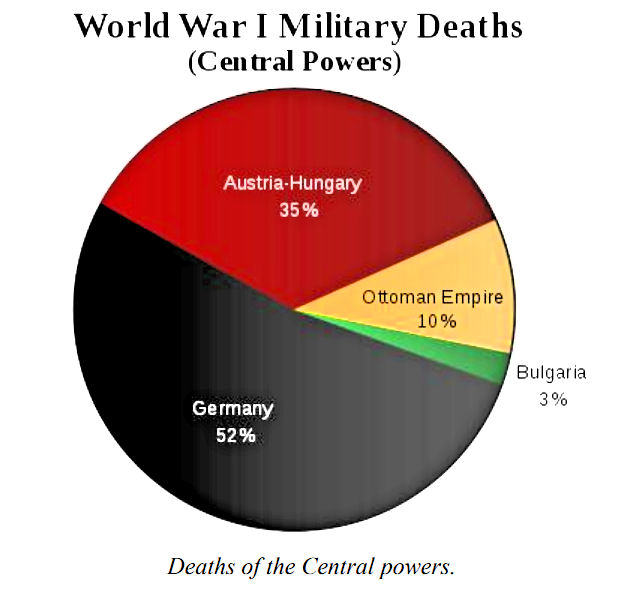 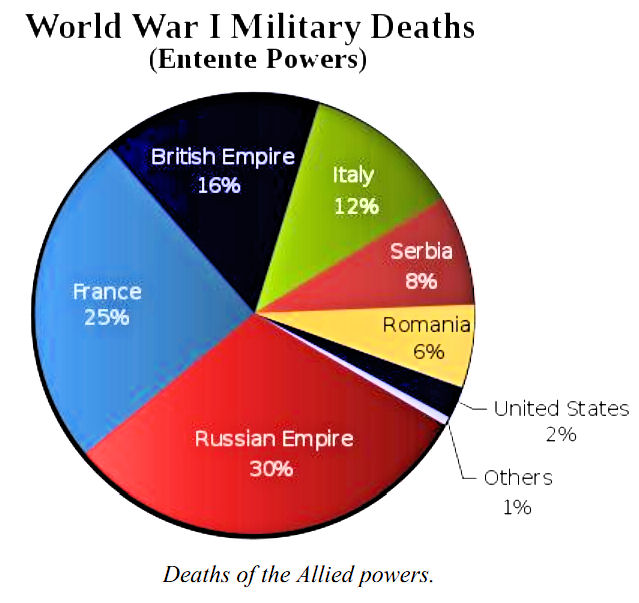