Rancourt and Its Chapel of Remembrance

The capture of Rancourt village, which today has three cemeteries: French, British and German, within its boundaries,  was crucial to break the important German communication lines along the Bapaume-Péronne road during 1916's Battle of the Somme.  The assault, launched  five miles north of Peronne, was carried out by the 32nd French Army Corps on 25 September 1916. Intense fighting took place in the sector through the end of the battle in November 1916. Today the village church,  one of the few commemorating the French involvement in the Battle of the Somme, forms a shrine of remembrance.

French Soldiers on the Somme, 1916 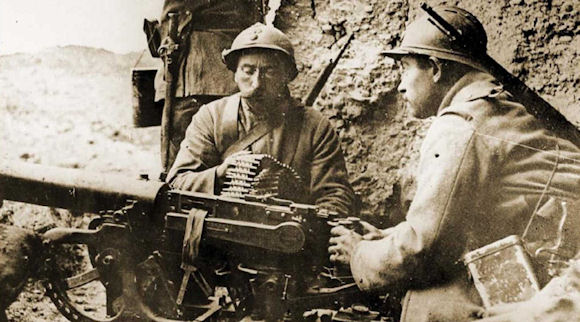 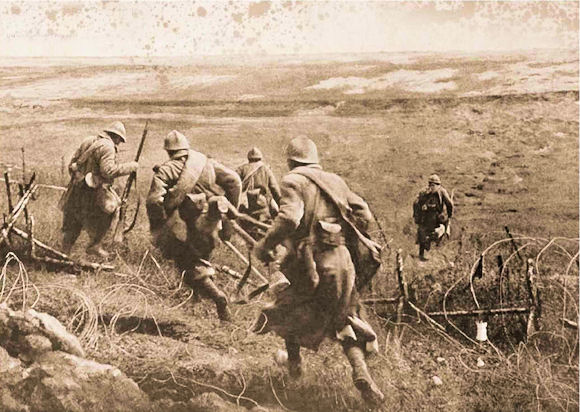 The Chapel of Remembrance, built of dressed stone, was dedicated in 1923 by Marshal Foch's wife, mother of a son who fell in the war. It was not the result of official initiative—the Du Bos family, originally from this region, wished to commemorate their son and his comrades who were killed in action on the 25 September 1916. In 1937 the Souvenir Français Association took on the task of maintaining the monument. Nearby Rancourt Cemetery is the largest French cemetery on the Somme, holding the remains of 8,566 men.