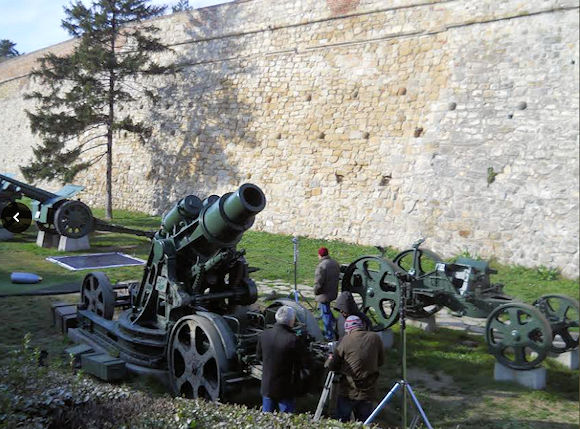 No doubt about it, WW1 was a gunner’s war, especially a big gun war. Before the war Krupp had produced the first of their 42cm Minenwerfer-Gerät, nicknamed Big Bertha. During the war the French and later the Americans dismounted large rifled naval cannon from the main turrets of obsolescent ships and installed them on railway carriages. And, of course, in 1918 the Germans built the super long range Paris guns.

However, even the backward Austro-Hungarian Empire had its own big gun, which was likely the most effective one deployed in the war.

Established in 1859 as an engineering works, the future Škodawerke was based in Plzeň, in today’s Czech Republic. Emil Škoda (1839-1900) expanded the enterprise into the largest industrial firm in Austria-Hungary. During WW1 Škoda produced a variety of artillery, especially mountain guns and mortars, as well as small arms and machine guns, for the Dual Monarchy’s armies. 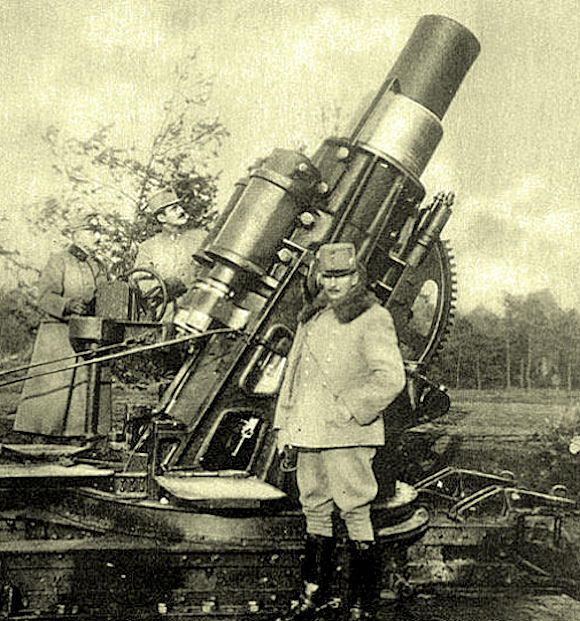 The 30.5 cm M-11 Belagerungsmorser, familiarly known as the Schlanke Emma was first proposed by Škoda in 1906, and production started in 1911. Between 72 and 79 (sources differ) of these were produced up to the Armistice, including the lighter and longer range M-16 models that were effective against trench systems using the  Granatschrapnell round.

The gun was quite modern in design, with safety devices on the breech, a recoil brake, and a hydraulic recuperator. The barrel elevation range was 40 to 70 degrees, and it could deliver a shell weighing 380 kg up to 9.6 km away with a ballistic force capable of penetrating two meters of reinforced concrete. The gun also came with its own transportable steel base box which usually made preparation of the firing site simple—no concrete pad was necessary. The gun crew was 15 to 17 men and the gun could fire 10 to 12 times per hour.

Perhaps the most important feature of the Škoda 30.5 was its transportability. The entire unit was contained on three carriages, one carriage each for the body, the barrel and the base box. The whole unit could be assembled or disassembled in less than an hour by the gun crew using jacks and hoists. The train of the three carriages was pulled by one or two 100-hp Škoda-Daimler M-12 15-ton tractors, depending on the terrain. Due to the slow speed of the tractors rail transport was necessary for long distance deployments but the battery could move itself to the firing site.

After the, Romania and the new nations of Czechoslovakia and Yugoslavia incorporated leftover Škoda 30.5s into their armies. In the WWII era many of these passed into the hands of the German Wehrmacht, who employed them in Russia against Sevastopol, Leningrad, and other sites. There are four examples of Škoda 30.5s still extant: one is in Italy, one is in Serbia, and two are in Romania. Three of these are M-11s and one is an M-16.