Instrument of Slaughter — A Roads Classic

Instrument of Slaughter is the second in Edward Marston's Home Front Detective Series. It tells the story of a group of conscientious objectors in London at the beginning of the war, the leader of whom, Cyril Ablatt, is bludgeoned to death after attending a meeting of the No-Conscription Fellowship. Cyril and his friends believe in "peace and universal friendship." For them conscription is the desecration of principles long held dear, the subordination of civil liberties to military dictation, and a peril to the freedom of individual conscience. Cyril and his fellow pacifists are despised and ridiculed, not least by the police. For the group, however, there is no compromise: "[w]e never compromise" is their motto. All refuse to join the Non-Combatant Corp. 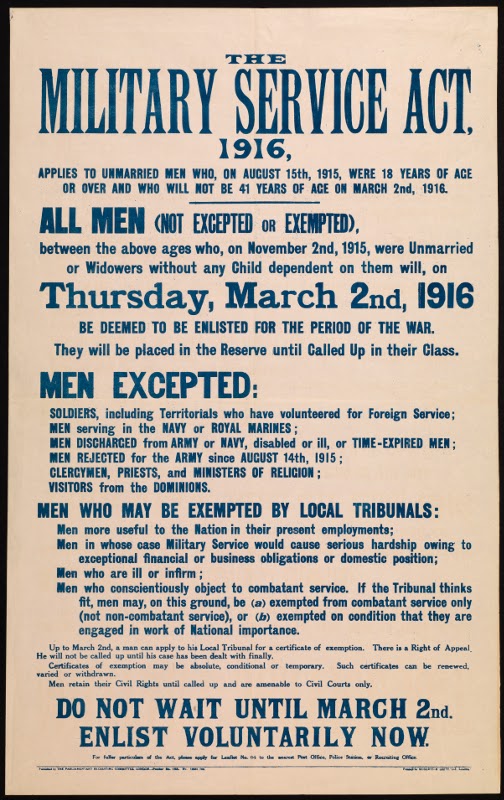 In addition to emphasizing the Christian roots of pacifism, Instrument of Slaughter explores the taunting of conscientious objectors. One of Ablatt's group, Leach, suffers considerably from verbal abuse, but he succeeds in winning the sympathy of Detective Inspector Marmion. It is the latter who recognizes Leach's sincerity, but also his weakness—he is engaged to be married to a young factory worker, Ruby. His decision whether to fight or not must thus be made for two people. In a heated debate with her fiancé, Ruby remarks:


Marmion is determined to track down the killer, despite the general public's resentment that so much effort is being made on behalf of a man whom many deem to be a coward. For Marmion, who does not sympathize with pacifism but respects the honor and bravery of the pacifists, it is easy to defend the use of police resources—"when [Ablatt] became a murder victim . . . he ceased to be a conscientious objector." Marmion's uncovering of the murderer is portrayed as a victory for conscientious objection.