From All Quiet on the Western Front 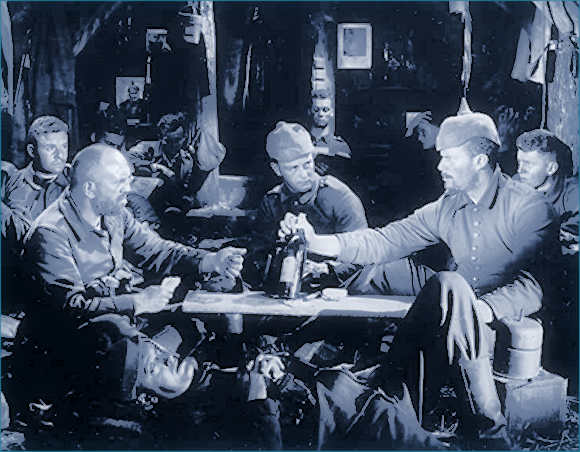 Tjaden: Well, how do they start a war?

Soldier #1: Well, one country offends another.

Tjaden: How could one country offend another? You mean there's a mountain over in Germany gets mad at a field over in France?

Tjaden: Oh, that's it. I shouldn't be here at all. I don't feel offended. 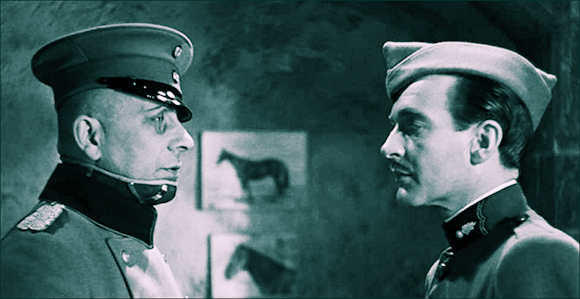 Capt. de Boeldieu: Neither you nor I can stop the march of time.

Capt. von Rauffenstein: Boldieu, I don't know who will win this war, but whatever the outcome, it will mean the end of the Rauffensteins and the Boeldieus. 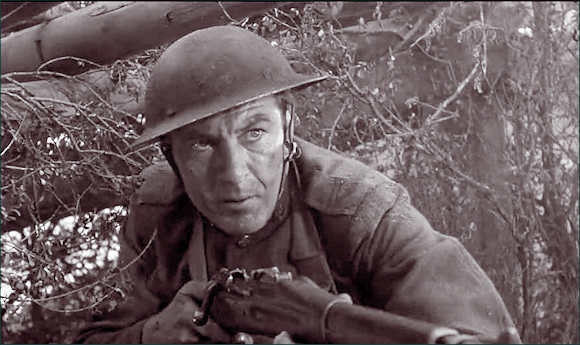 Alvin York: Well I'm as much agin' killin' as ever, sir. But it was this way, Colonel. When I started out, I felt just like you said, but when I hear them machine guns a-goin', and all them fellas are droppin' around me... I figured them guns was killin' hundreds, maybe thousands, and there weren't nothin' anybody could do, but to stop them guns. And that's what I done. 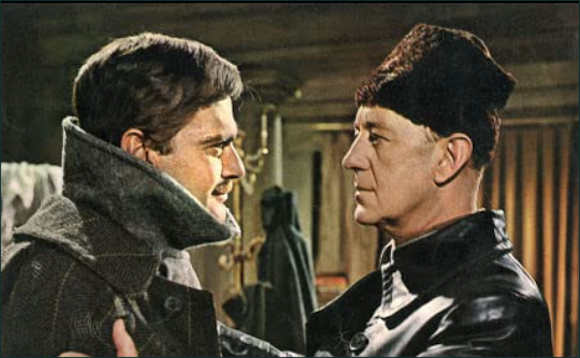 Yevgraf Zhivago: In bourgeois terms it was a war between the Allies and Germany. In Bolshevik terms it was a war between the Allied and German upper classes—and which of them won was a matter of indifference. . . They [the warring powers] were shouting for victory all over Europe—praying for victory to the same God. My task—the Party's task—was to organize defeat. From defeat would spring the Revolution...and the Revolution would be victory for us.

From The Blue Max 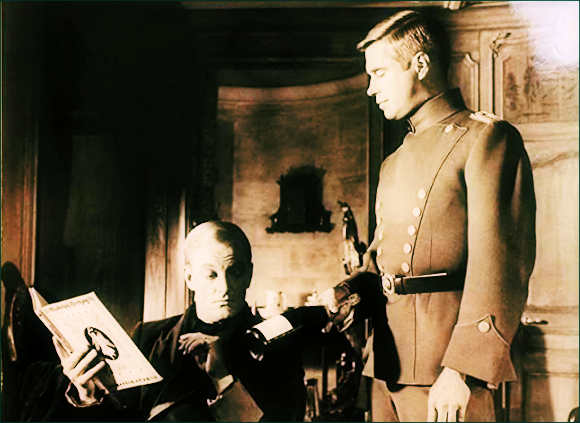 Von Klugermann: Well, aren't you coming [to the enemy pilot's funeral]? It's an order.

Von Klugermann: Because our commanding officer has made it one. He believes in chivalry, Stachel..

Stachel: Chivalry? To kill a man, then make a ritual out of saluting him—that's hypocrisy. They kill me, I don't want anyone to salute

From Lawrence of Arabia 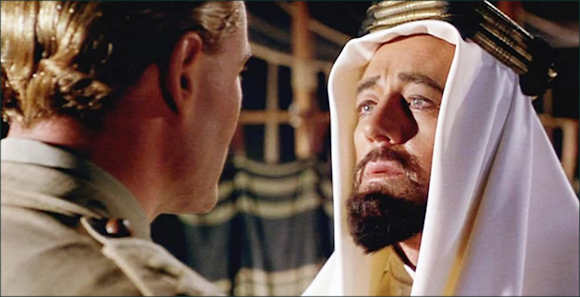 Prince Feisal: The English have a great hunger for desolate places. I fear they hunger for Arabia..

Lawrence: Then you must deny it to them.

Prince Feisal: You are an Englishman. Are you not loyal to England?.

Lawrence: To England and to other things.

Prince Feisal: To England and Arabia both? And is that possible? I think you are another of these desert-loving English.