My grandfather, Harvey K. Redman (1899–1968), serial # 323485, enlisted in the Army to fight in the Great War. We come from an old military family dating back to the French and Indian Wars and the Revolutionary War. He was trained as a wagoner (teamster) for mule-driven ambulance at Fort Logan, CO, and then found himself assigned to the 27th Infantry Regiment (the Wolfhounds) which, at that time, was garrisoning Fort William McKinley in the Philippine Islands, far from the battlefields of Europe. Harvey's life and duties would change dramatically, though, in the summer of 1918, when the 27th Infantry was ordered to Siberia.

The regiment's Ambulance Company No. 4 arrived in Siberia on 14 September 1918. Its normal staffing was one officer and 130 enlisted men. Of the enlisted personnel, 65 men were detached for service with troops guarding the railroad on the Spasskoe-Razdelnoe sectors, about half this number being posted on duty at the Khabarovsk Hospital from November 1918 to June 1919.

The full complement of animal-drawn wagons and ambulances along with the required number of animals (128 mules and 96 horses) arrived with the company. The wagons were old and worn and already needed repairs. This situation was aggravated by the bad roads of Siberia. Consequently,  there were never more than six ambulances in commission at any one time.

By May 1919, all ambulances and teams in serviceable condition—motorized and mule driven—were transferred to Evacuation Hospital No. 17, Vladivostok, although many had already been condemned as unfit for human transport. Three motor ambulances donated by the American Red Cross, furnished nearly all ambulance transportation for the last two months of the expedition's stay in Siberia.

Eventually, the American Siberian expedition was liquidated, and Harvey left for home on the troop transport, USAT Logan, on 11 September 1919. After arriving in San Francisco on 19 October, he was discharged and made his way home to Illinois. He soon settled in Decatur, where he worked at the Borg-Warner Iron Works for most of his life, while also working his farm. My grandparents Fredia Long and Harvey Redman were been married on Christmas Eve 1919 and would have six children, two boys and four girls. He stayed in touch with his closest friend from the Siberian deployment, Ross Umphres of Walla Walla, WA, for the rest of his life and had a reunion with him in 1950 they both treasured. Harvey passed away in November 1968. 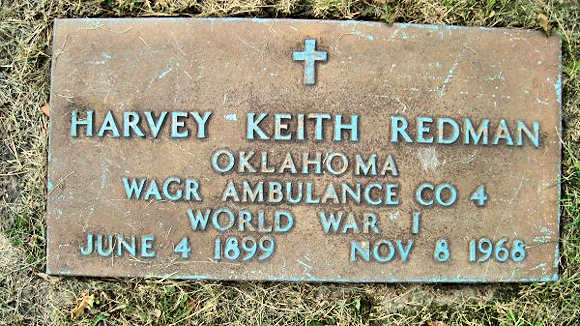 As a tribute to my grandfather, I decided to create this model of one of his Siberian ambulances. When I was young, my grandfather farmed with his two mules despite have a new tractor, so one day I got the courage to ask why he did it the hard way. He said "Boy, anyone can drive a tractor, but a matched set of mules are hard to come by, and being man enough to handle them is even harder." The model's mules bear the names of four that granddad cared for: Tobe and June, the leaders, Kit and Joe, the wheelers.

I would like to thank  Mike Hanlon  for putting this together, I’m very grateful, this is a small, largely  forgotten  but equally  important part of the First World War.
I'd also like to thank Greg Krenzelok,  Director of the U.S. Army Veterinary Corps Historical Preservation Group, who also told my grandfather’s  Siberian story,  and provided   technical knowledge of Army rigging and harnessing.  I would also like to credit the excellent designing and printing  of the 1/16 Scale Crew and Mules from  Panzer VS Tanks by HOLDEN8702 a good friend  without whom I could not have completed the model of granddad's ambulance.
Michael Grady