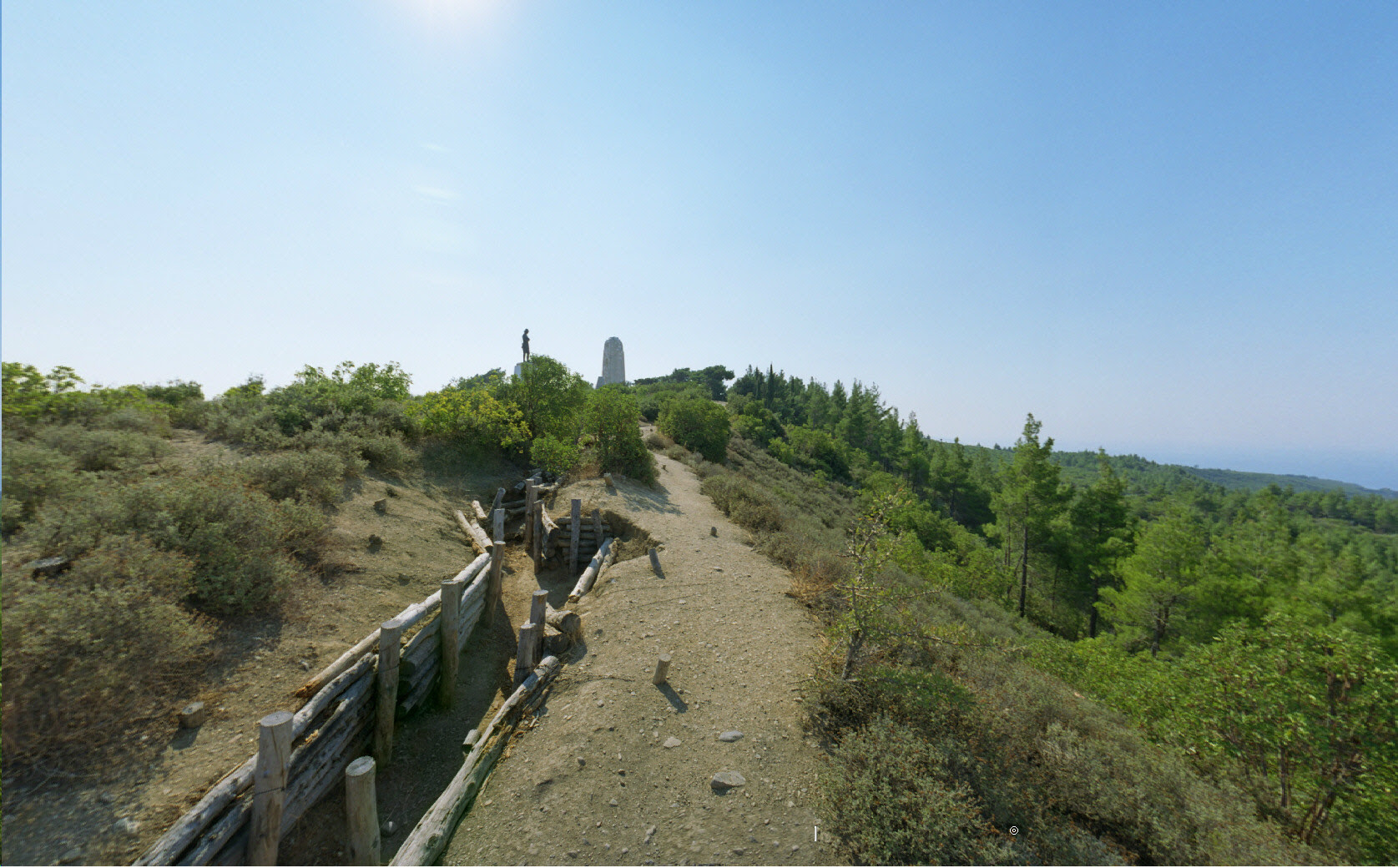 Chunuk Bair was the main objective of the troops deployed at the Anzac sector at Gallipoli in both April 1915, and during the later Suvla Bay operation of the following August. The summit was held briefly by New Zealanders who captured it on 8 August. They were relieved during the night of 9-10 August by two British battalions, which almost immediately succumbed to a massive counterattack launched by the Turkish commander, Mustafa Kemal. The New Zealanders now backing them up, however, stemmed the tide, preventing a rout. Chunuk Bair, though, was never captured again by the Allies, and the campaign eventually ended with an evacuation completed in January 1916.

This 360 degree image at the ANZAC.GOVT.NZ website starts with a view of the Aegean, Suvla Bay and the Salt Lake in the distance, and then shows the Turkish trenches, and the summit with one of the numerous Mustafa Kemal monuments around Gallipoli and the New Zealand Memorial.