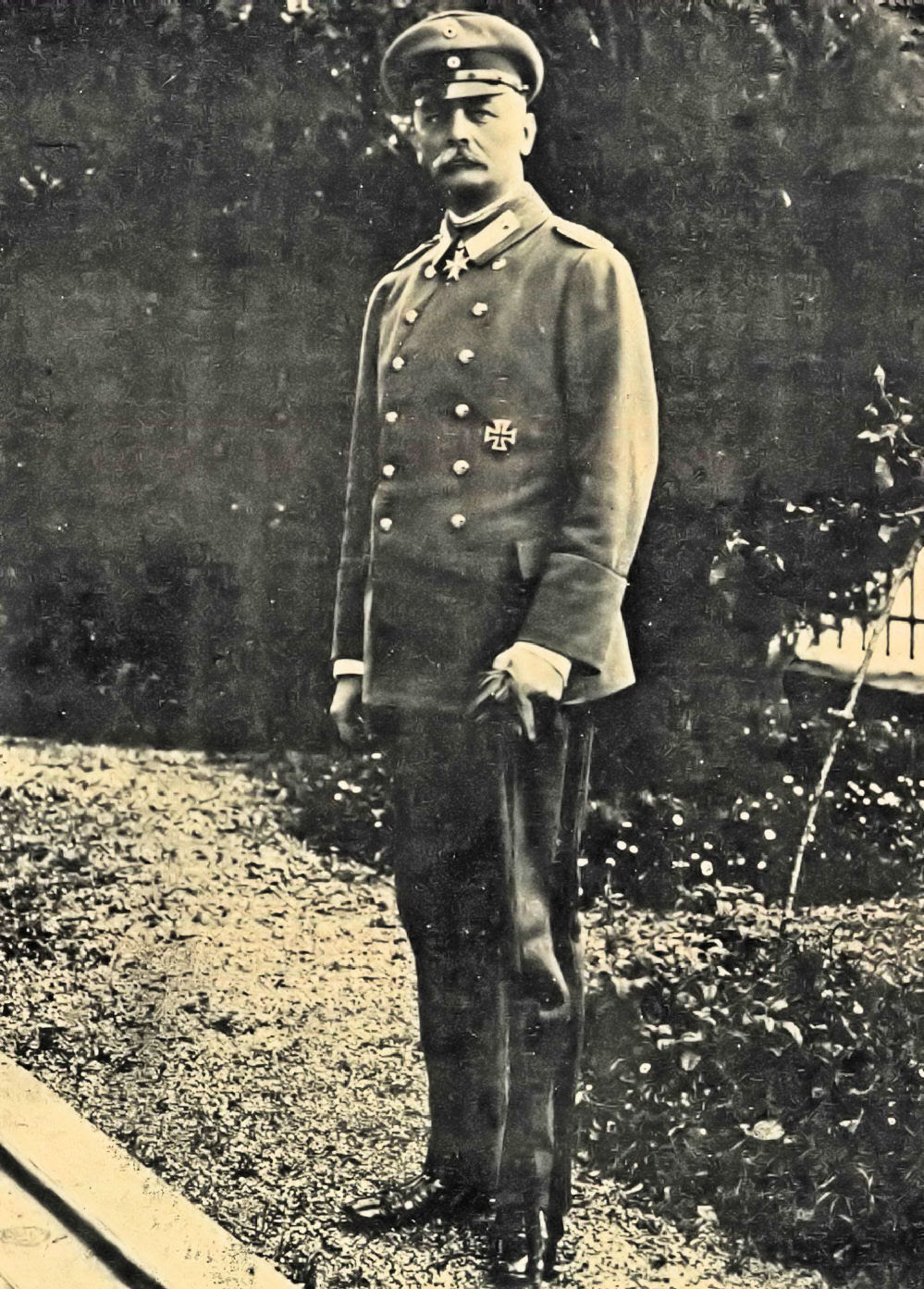 The story of of General von Falkenhayn proposing to the Kaiser to "bleed the French Army white" at Verdun is well known. But, where did he come from? And where did he go?

The First Battle of the Marne doomed the German Army to a long war and ended the career of Chief of Staff Helmuth von Moltke the Younger in the fall of 1914. Minister of War Erich Georg Anton Sebastian von Falkenhayn (1861–1922), who would dominate the German military machine through mid-1916, absorbed Moltke's job. Von Falkenhayn had used his unique blend of detached analytical thinking, aloofness, and personal charm to overcome his disadvantageous Bohemian/Austrian ancestry and be perfectly positioned for advance when Moltke fell.

A courtier of the first order, his personal magnetism had progressively won him favor from his days as a junior officer, with anti-Bismarckian intriguer Count Waldersee, the Dowager Empress of China, and, later, with both Wilhelm II and his recalcitrant son, the Crown Prince. His resume—including infantry and general staff assignments, plus service in China both as military adviser and with the expeditionary force sent to quell the Boxer Rebellion—gave him a broader background than the typical talented officer in the Prussian Army. Promotions for him accelerated in 1912 due to his association with Crown Prince Wilhelm. Having been the trusted military tutor to the heir to the throne, Falkenhayn had a champion in the inner circle as war approached. By the summer of 1913 he had risen to the rank of major general and was appointed minister of war for Prussia.


Falkenhayn supported war in 1914, and when it came he was the Kaiser's indispensable man, accompanying the emperor on his numerous visits to frontline headquarters. After power came to him, Falkenhayn looked to the east to follow up on the success at Tannenberg. He supported the Hindenburg/Ludendorff team and the combined German-Austrian Gorlice-Tarnow Offensive in the south. But 1915 proved to him that, despite successes, campaigning on the Eastern Front would be long and exhausting and that any decision in 1916 would have to come in the west. He evaluated the Allies in his clinical, scientific way, then drafted his notorious memo to the Kaiser that led to Operation Judgment, the attack on Verdun.

Erich von Falkenhayn was deposed in August 1916 when it became evident that as much German as French blood was pouring into the Rivers Meuse and Somme. Given an operational command, he saw substantial success helping dismantle the ill-considered Rumanian war effort. Subsequently, he failed as commander of Turkish forces in Palestine and Egypt, and Lithuania saw his military career effectively end in February 1918.

Falkenhayn's later service was anticlimactic, though. His foremost role in history will be as the man who conceived the Battle of Verdun.