Guynemer and "Old Charles"
From the Collection of Tony Langley 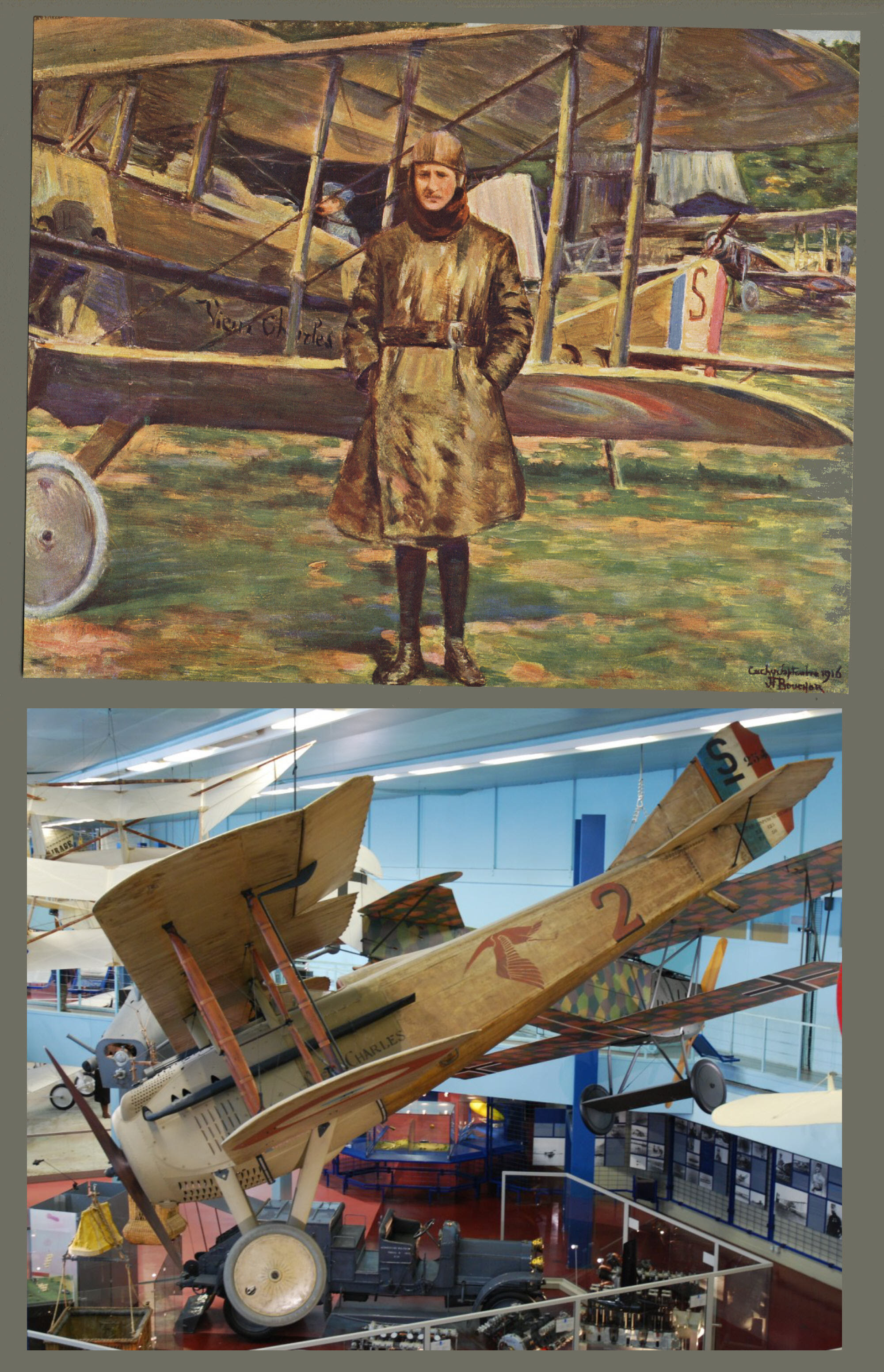 Another colorful and painting by Josephe-Félix Bouchor (1853-1937) is shown at the top, a portrait of legendary French ace Georges Guynemer in front of his SPAD VII, which he named Vieux Charles (Old Charles) after a fellow aviator. Guynemer disappeared over the Ypres Salient in September 1917 flying a SPAD XIII. [See his monument in our entry of 15 June 2013.] His earlier SPAD VII — the one shown in the Bouchor portrait — is preserved today at the French Air and Space Museum at Le Bourget Airport. (Wikipedia image.) TL